The day after my last post I spent in Hamburg, mainly in the shade or indoors trying to stay cool. It got up to 32 degrees but in a city with all the buildings and cars it was probably closer to 35. Still, it was a nice day to relax, and in the evening when it cooled down I went out to get a hamburger in Hamburg, and it was amazing! 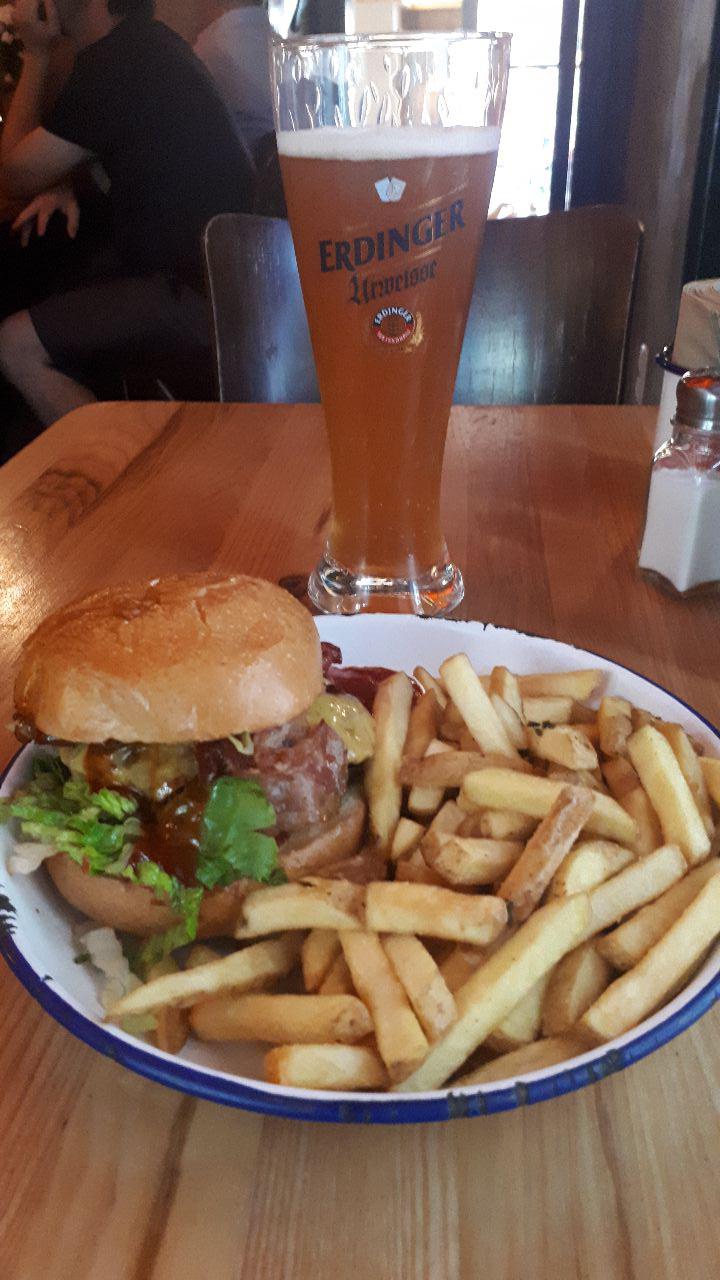 On Monday I set off again, it was back down to 20ish degrees so not bad, I went up the Elbe about 45km. It took me about 20km just to get out of Hamburg and onto the river though. It turns out most of the route was through sheep farms! Atleast it was paved though so it wasn't all bad. 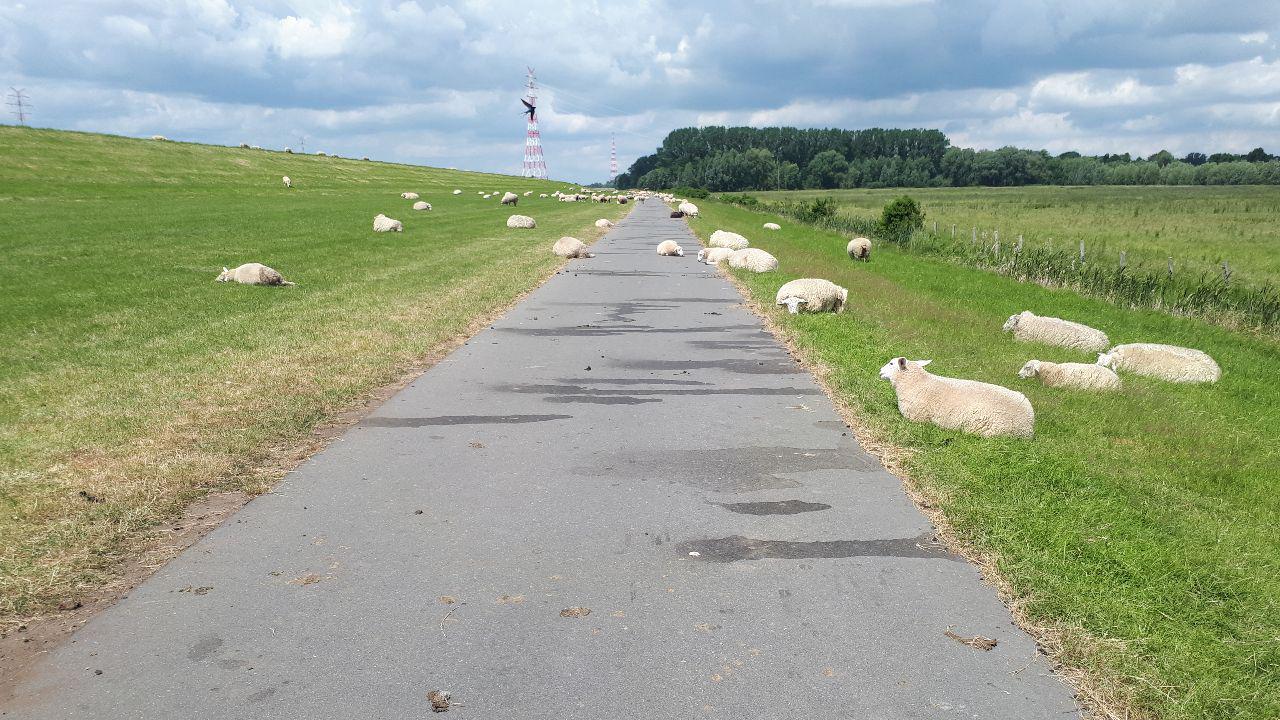 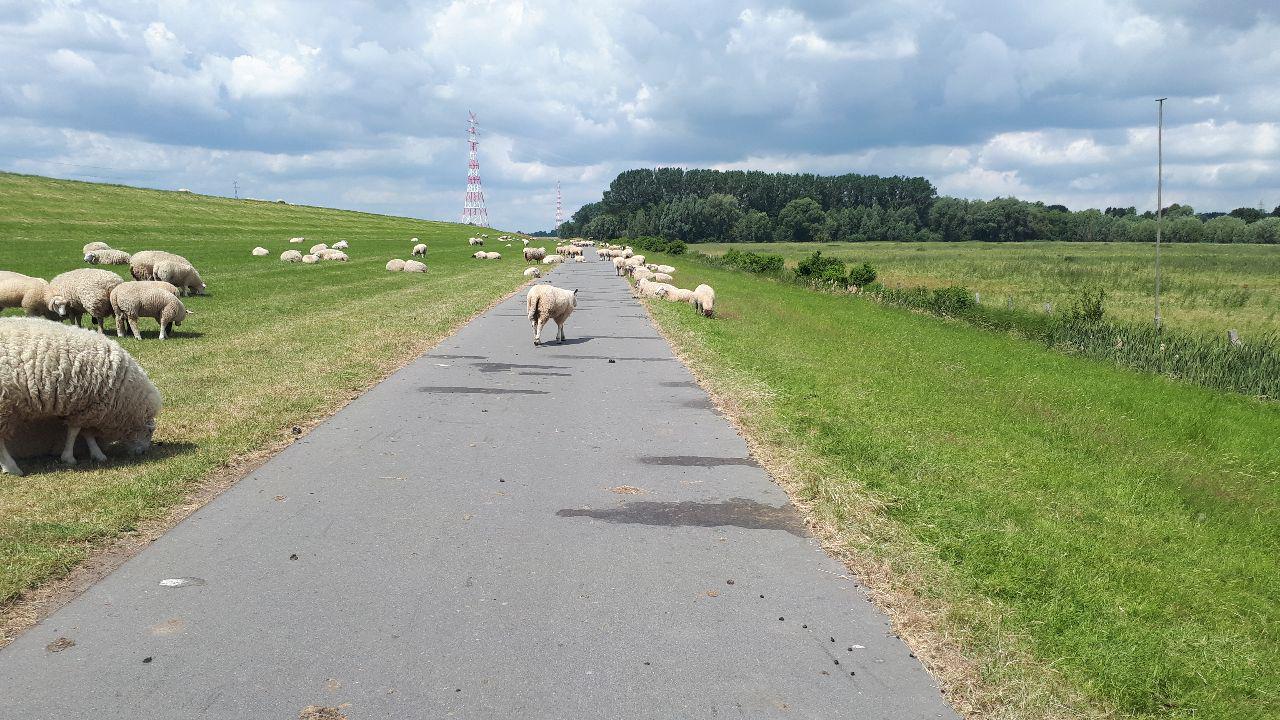 Although some of the paving was a bit dodgy. 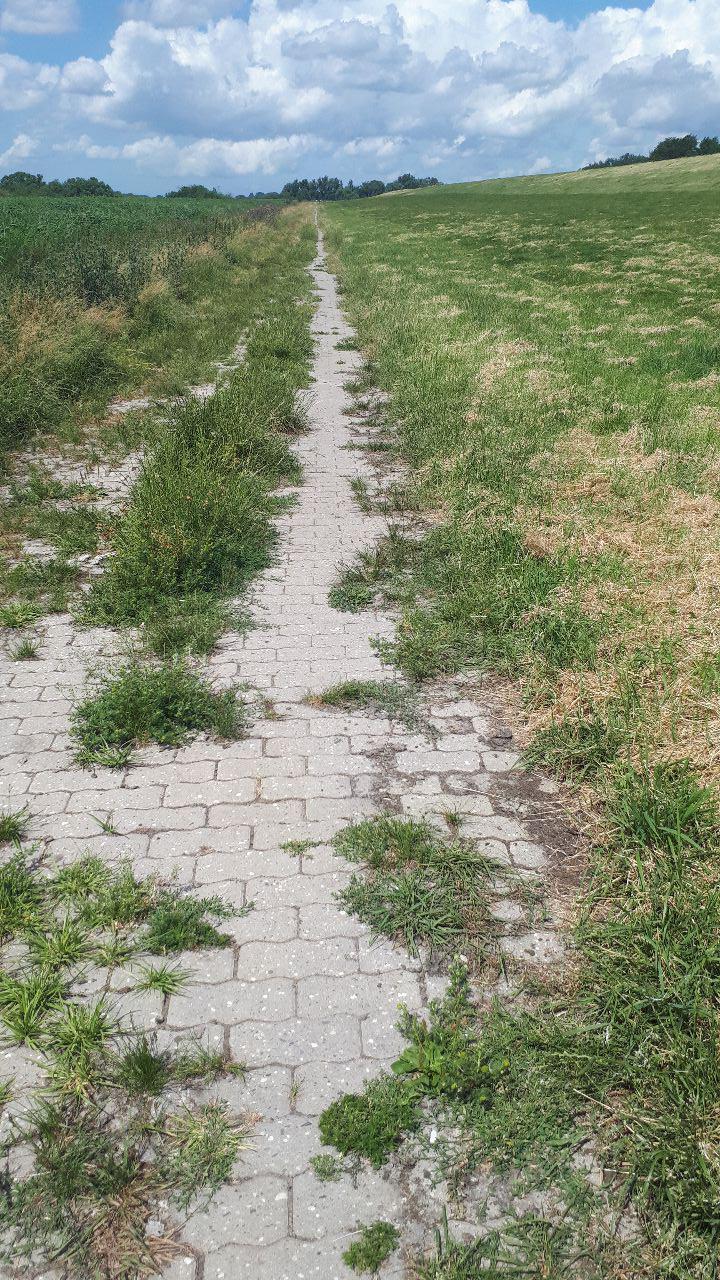 It was super windy all the way along the river, but it kept me cool and made the ride a bit longer. Most of the river that a 5 meter dyke the whole way along it, I guess it's a big flood risk along there, I was on the land side of it so a little bit out of the wind although I couldn't see the river half the time.

I got to the campsite on Monday and went to the local town, there was a dock with some boats and some food trucks, I don't think I'd fancy going out on a boat with how choppy the water was from the wind though. 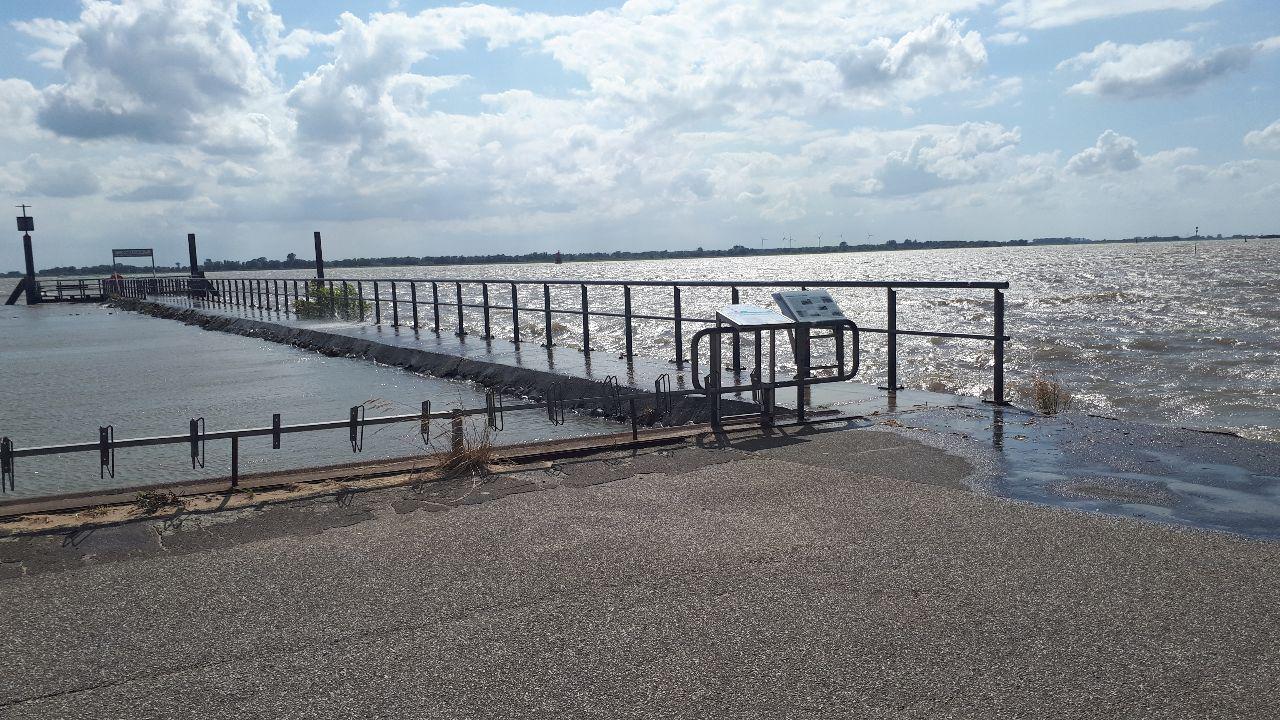 I cycled back to Hamburg the next morning (the route is all changing now and made last minute) which meant I had the wind at my back so I was really enjoying it!

I got a coach to Bremen from Hamburg on Tuesday, I got here at about 6pm and checked into the hostel. Today I've been looking around a lot, turns out it's the 200th anniversary of one of the Grimm fairy tale books so there was music in the streets all day. They had the Bremen Philharmonic playing in the square from windows in sorounding buildings and the conductor was on a cherry picker so they could see him!! 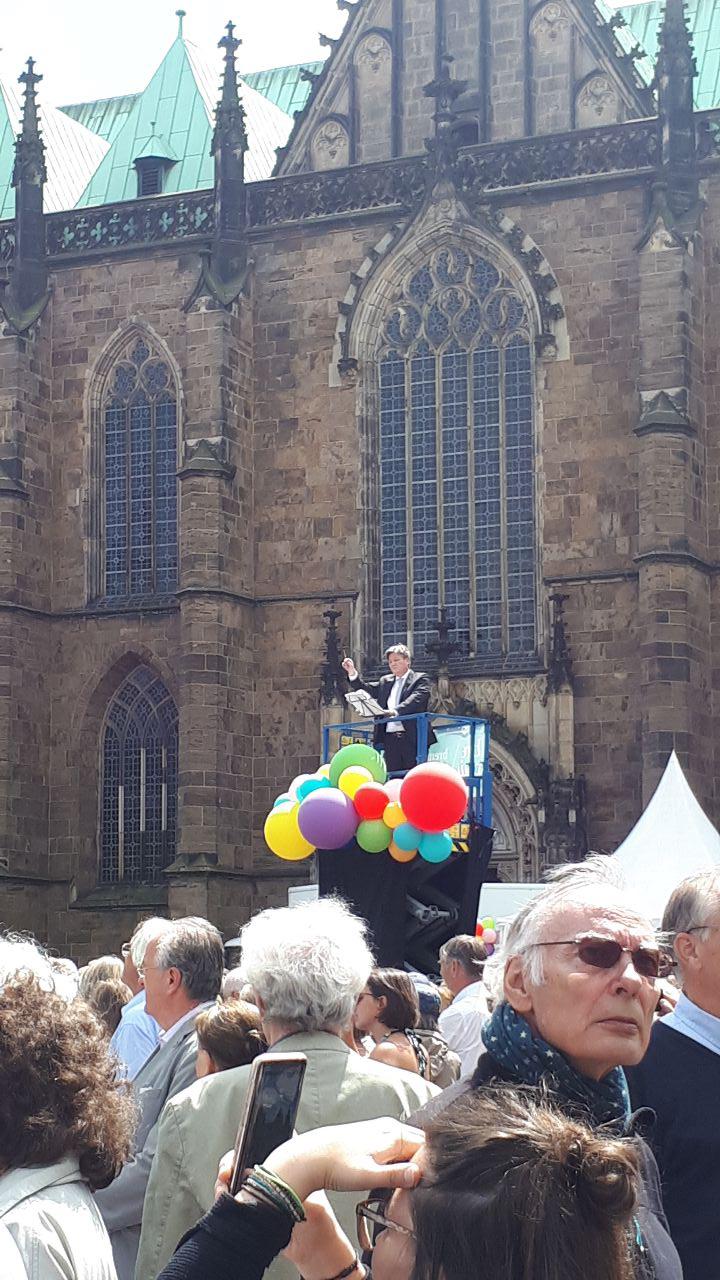 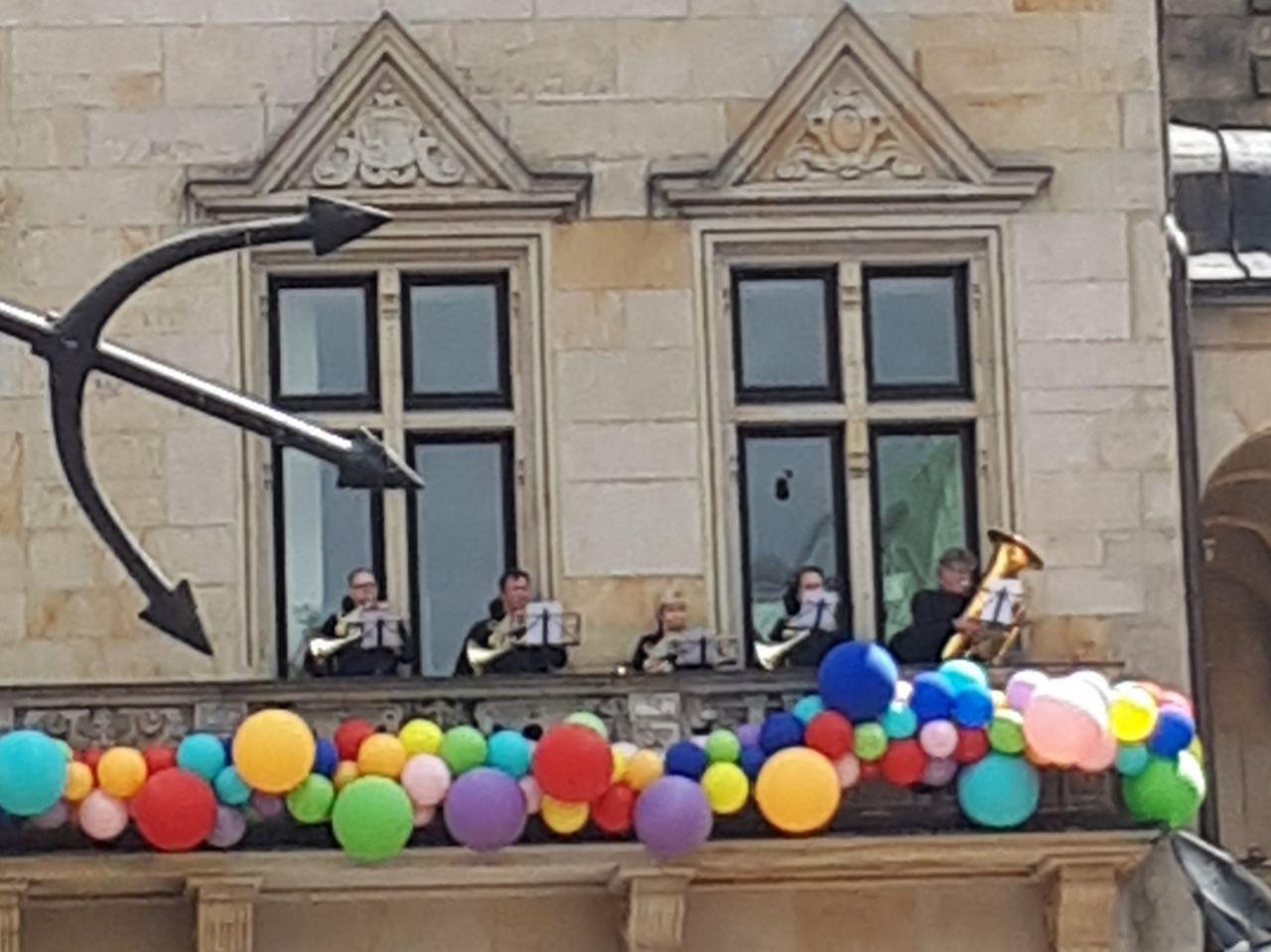 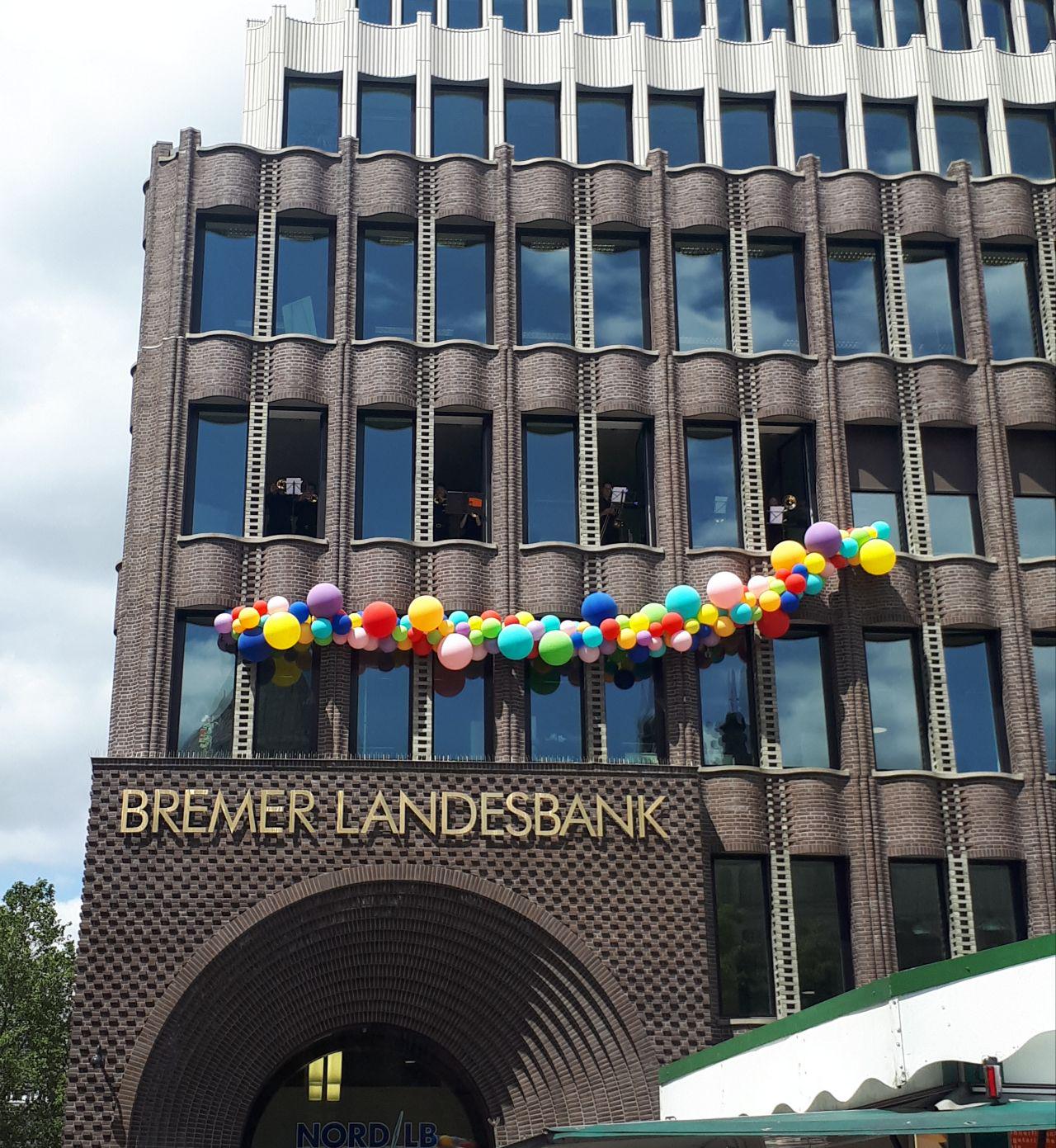 I saw a flamenco trio which was really good and then a chamber music quartet after. I even had a Schnitzel for lunch! When in Germany... 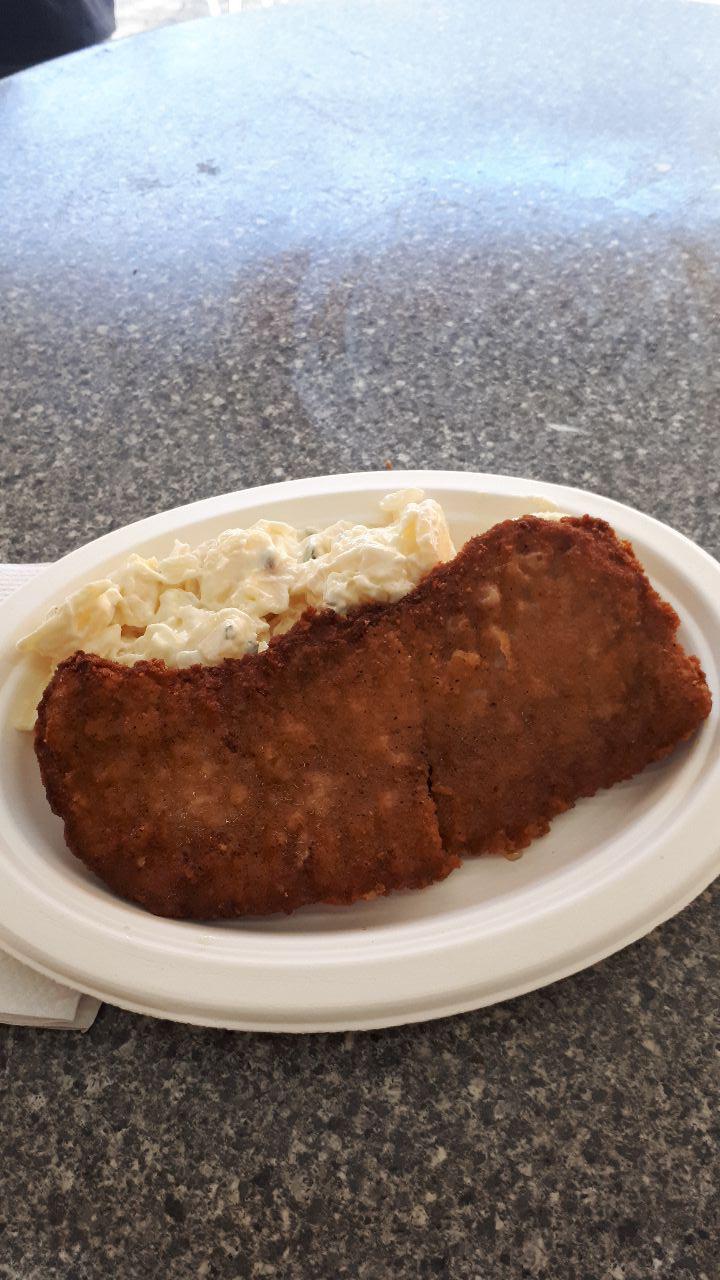 Bremen seems pretty nice, not tonnes of touristy stuff in the centre I don't think it's as big as the other places I've been recently.

I've got a train at 7:44 tomorrow and then 3 changes (3!) To get to Utrecht where I'm staying for 2 nights. Then I'm on to Amsterdam where I'll hopefully be camping near the centre. Looks like I'm on track to being home around the 12th still.