Spent a nice day yesterday wandering around Ålesund, there's a big hill you can climb to get a nice viewpoint that I went to around 12ish (I had a lazy morning). 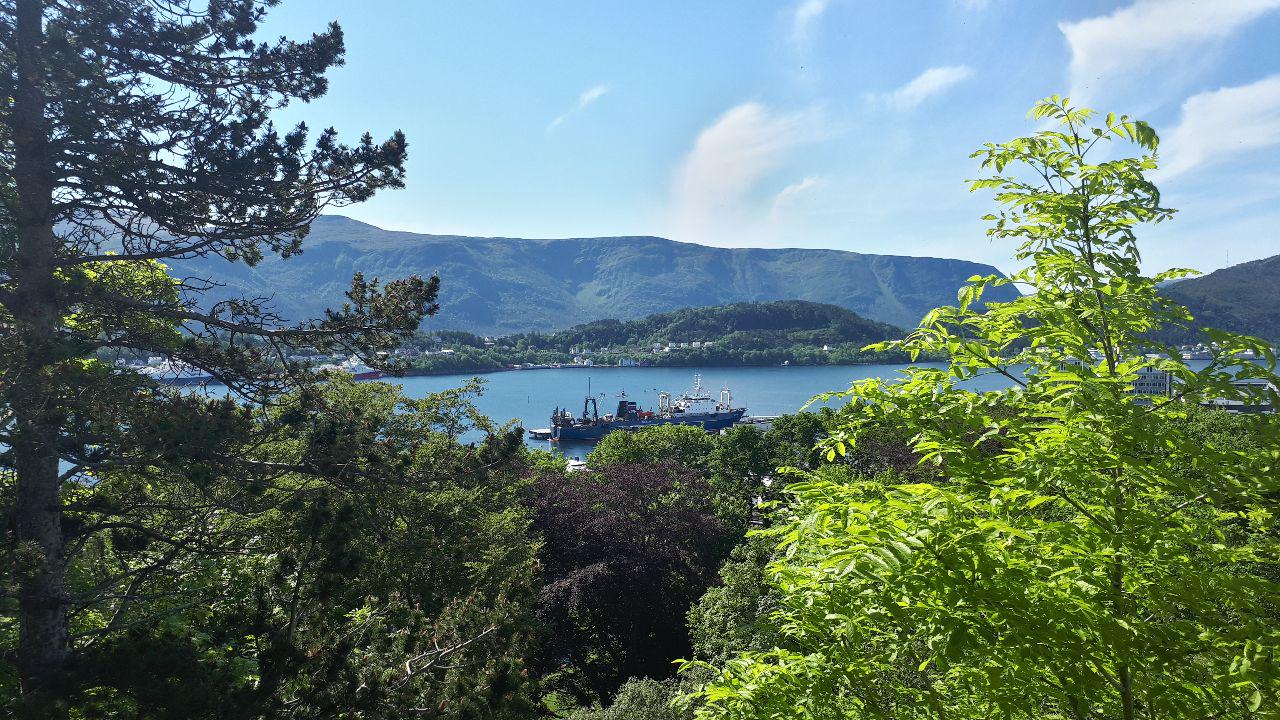 Obligatory selfie, apparently people might not believe I'm out here if I don't take one! 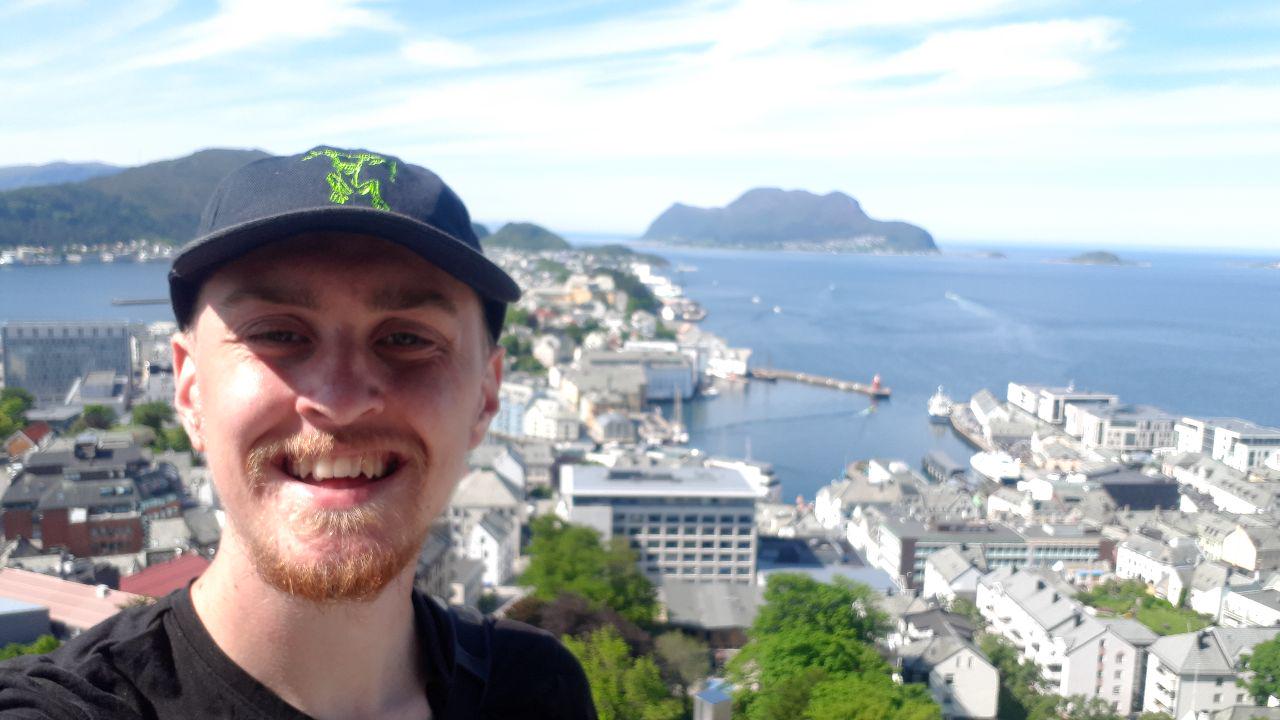 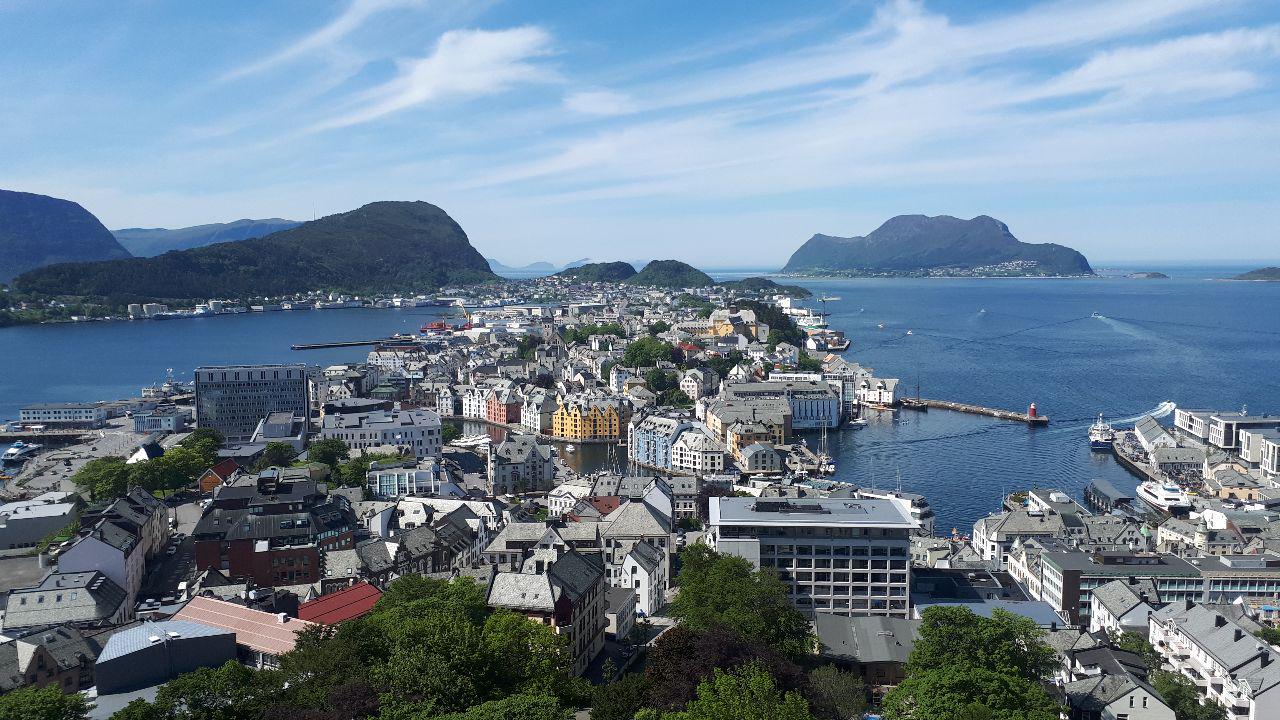 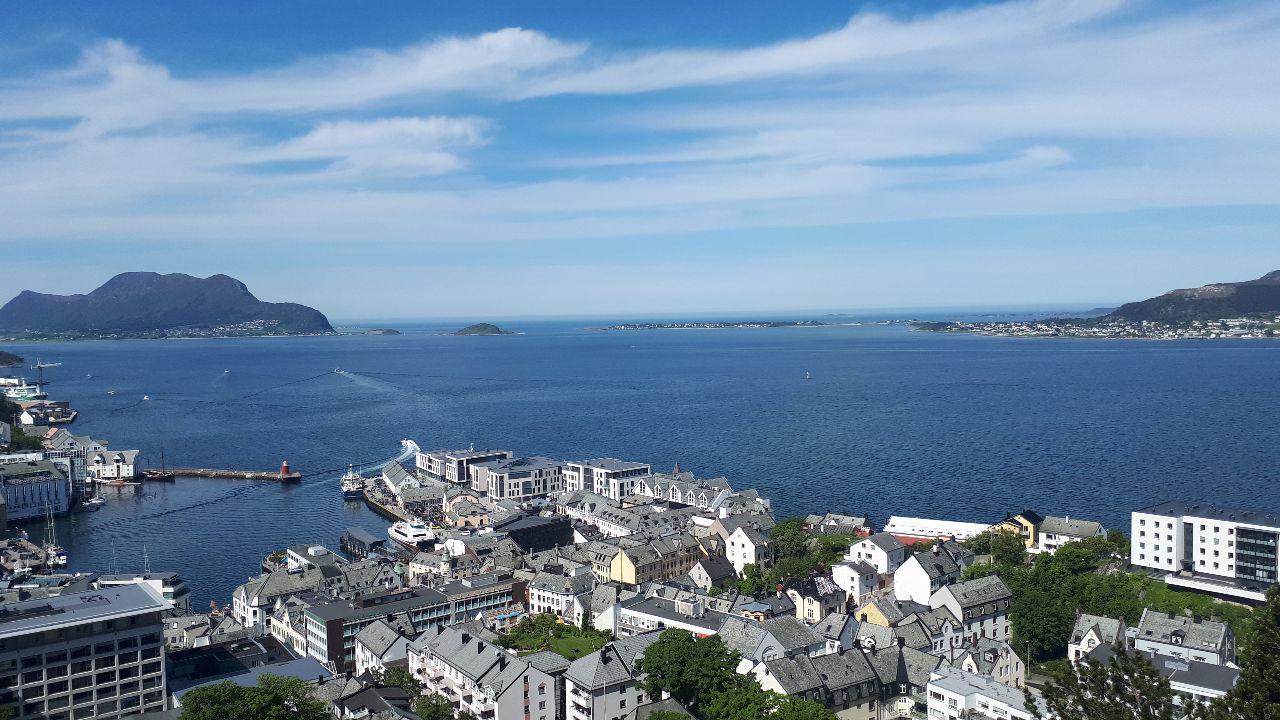 I walked around the town a bit more exploring but there's not tonnes to do over here. I went out to the harbour wall and got a nice view of all the luxury yachts and the viewpoint I went to before. 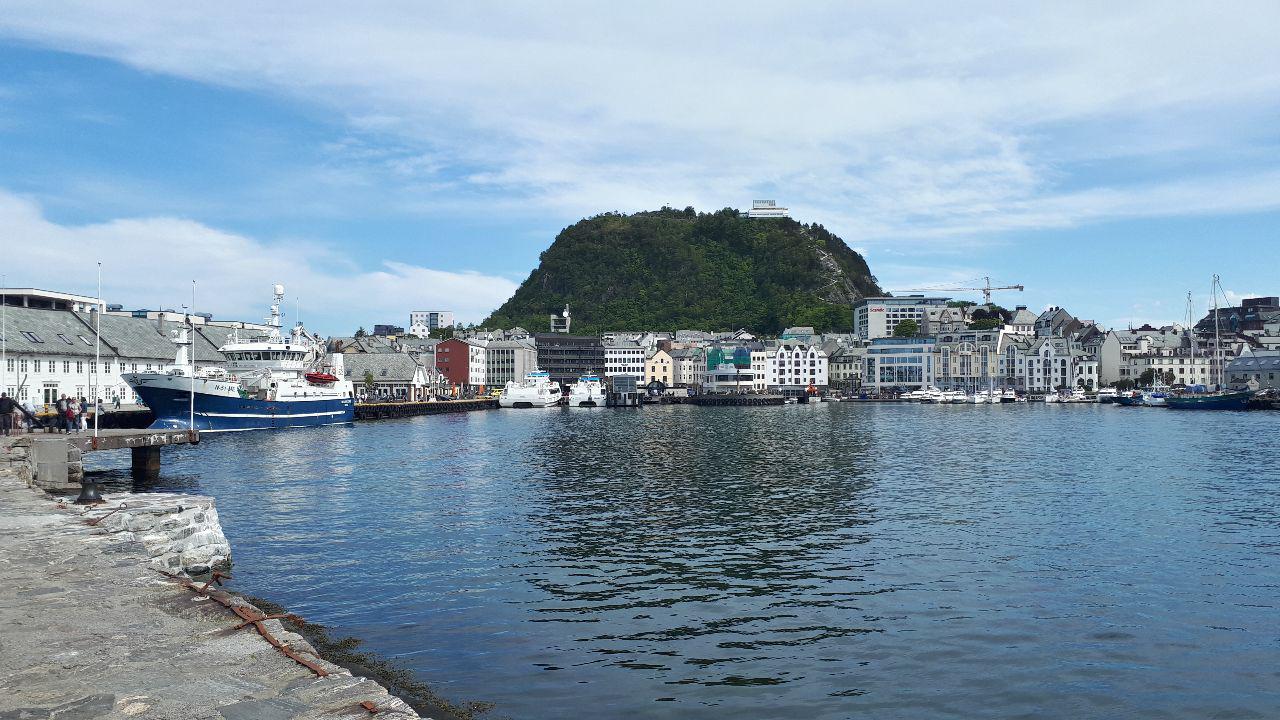 I had to rush to the shops for my tea as they were all closing at 4 because it's a Saturday (they have weird shopping laws here). Luckily i found one open a bit later just in time. I actually cooked for once, it wasn't very fancy, only cheesy pasta but it was nice and warming. Then it started raining, and rained almost all night.

Today I woke up boiling again (the curse of tents) but didn't have much to do, as it's whitsunday so everything is closed even more than a normal Sunday. It's whit Monday tomorrow so a lot of things are still closed, but I should be on the road on my way to Bergen!

I started looking at ferries to Denmark, weirdly it seems they're about the same price from Bergen and Stavanger (and it's expensive). They're overnight so you need to book a cabin annoyingly, and the price goes up a lot after the 20th of June when the school holidays start here. It's hard to do research on a phone with limited Wi-Fi especially when I don't expect to have much until Bergen. Hopefully I can figure out a plan but then.