I spent the last two days in Bergen, just exploring and enjoying some sunshine and relaxing a bit. I got there on Saturday afternoon and looked around, it was about 24 degrees and incredibly busy. I stopped at pasty world for a bit of a taste of home, I got a dark chocolate sorbet (I think that's what it was (either way it was really good)). I got chatting to a Welsh woman who worked there and she gave me a free pasty even which was amazing!

I cycled up Salmon hill on Sunday early afternoon, it was the first time I'd been on my bike without the bags for 4 weeks, safe to say it was a bit wobbly. Then I went for a walk up Fløyen later on and had an amazing view over Bergen. 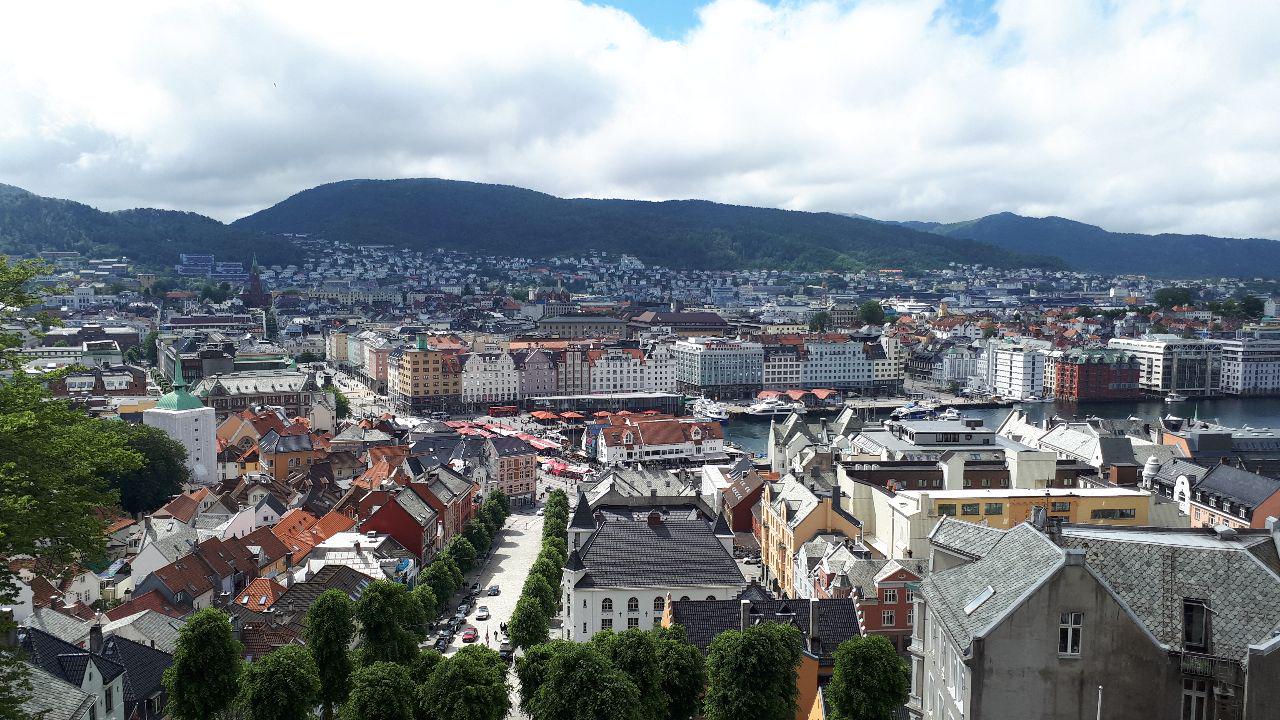 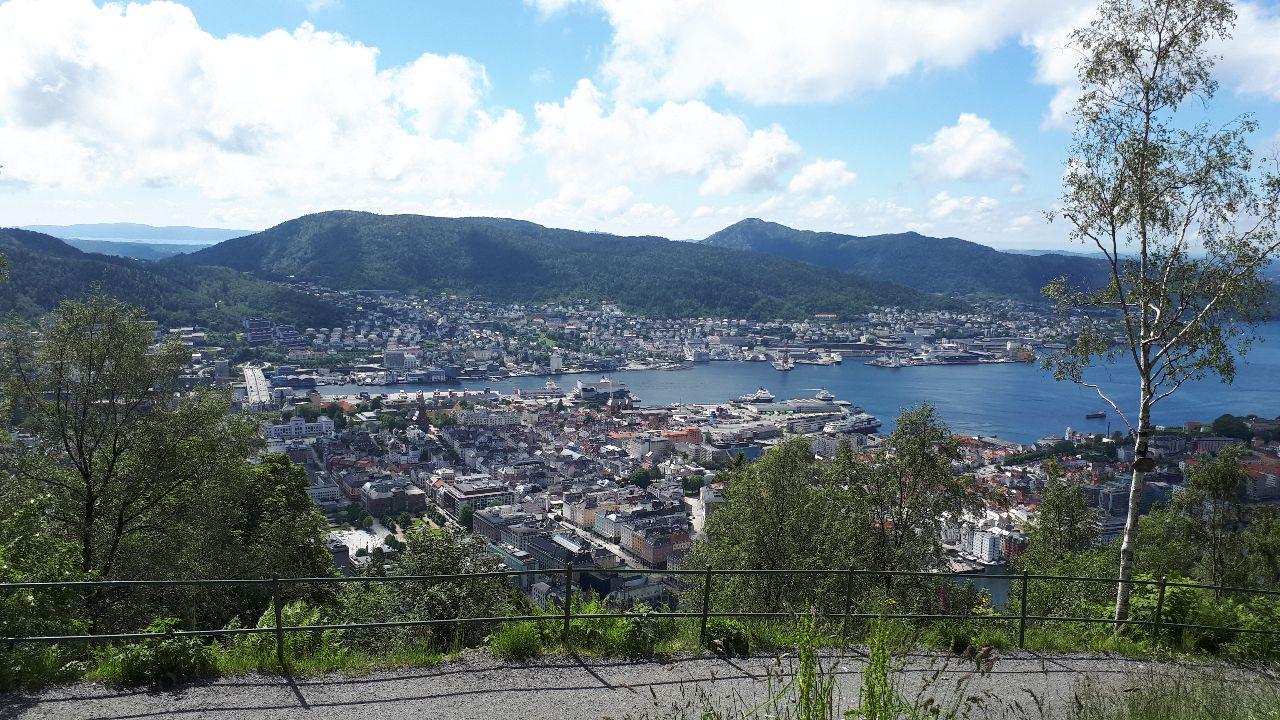 I met another English person and an American in the hostel that evening and ended up sitting around chatting with them for about 6 hours which was good. It was nice to have a proper talk to people and to enjoy some English humour for a bit. Then on Monday morning we all went for a coffee together, before I had to go off and get my ferry which I'm writing this from!

It's pretty good actually, I've got a cabin, with an ensuite with a shower and all. There's even a tv (only Norwegian tv though so not very helpful) I'm in the lounge listening to someone playing piano, I even got a beer earlier from the bar. It's pretty grey outside and was raining a lot as we left Bergen, but I've grown to expect it so much from Norway it wouldn't feel right to leave in sunshine.

Heres some stats for the whole time in Norway 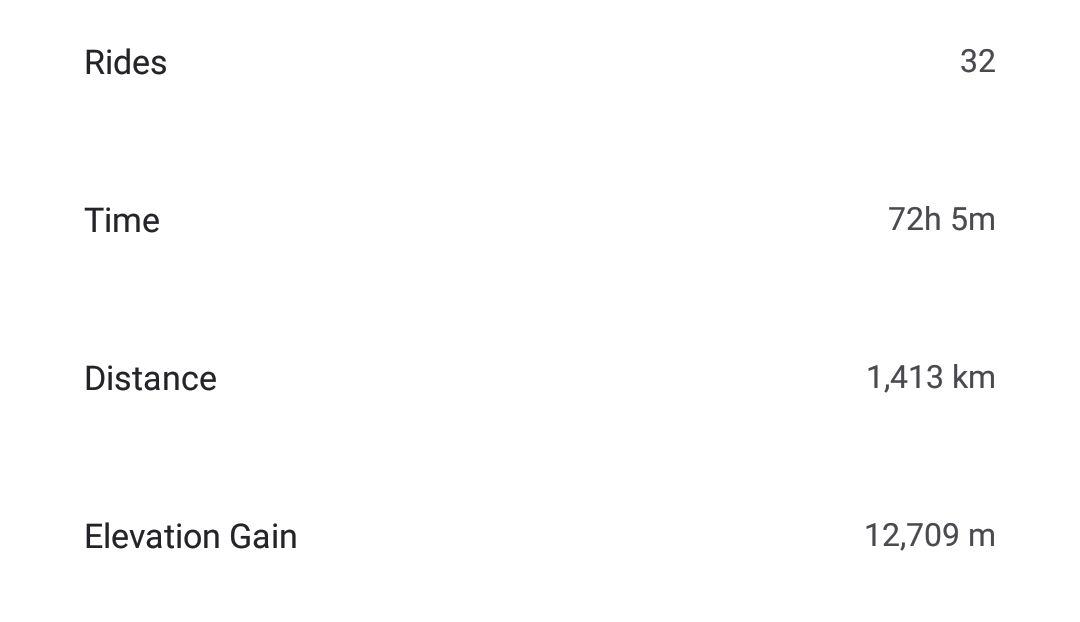 I had a look at where I'm planning on cycling tomorrow and it's only about 60m elevation over 51km, when I've done 900m elevation over 40km in Norway. I think ill be in Copenhagen by the weekend coming then it's just whatever route I feel like taking, I'm looking forward to it!