Its been a while

Well I've been in Denmark for 5 days now, and it's also been 5 days since the last blog post (sorry about that). I've had a lot of full on days with no Wi-Fi where I just collapse in the tent, so here's an extended update.

I got here on Tuesday at half 7 in the morning, I didn't sleep great on the ferry, and got woken up at half 6 by an announcement by the captain (ask anyone I don't like getting woken up at the best of times). But I didn't mind once I started cycling, I heard from someone that Skagen is pretty nice and I should go there, it's the sticky out north point and about 50km the other direction that I was meant to be going but it sounded fun so I went anyway.

I was pretty excited to find out there's a bunch of nicely signposted routes in Denmark and one was going to Skagen so I hopped on it. It went through some forest and then along some nice beaches. 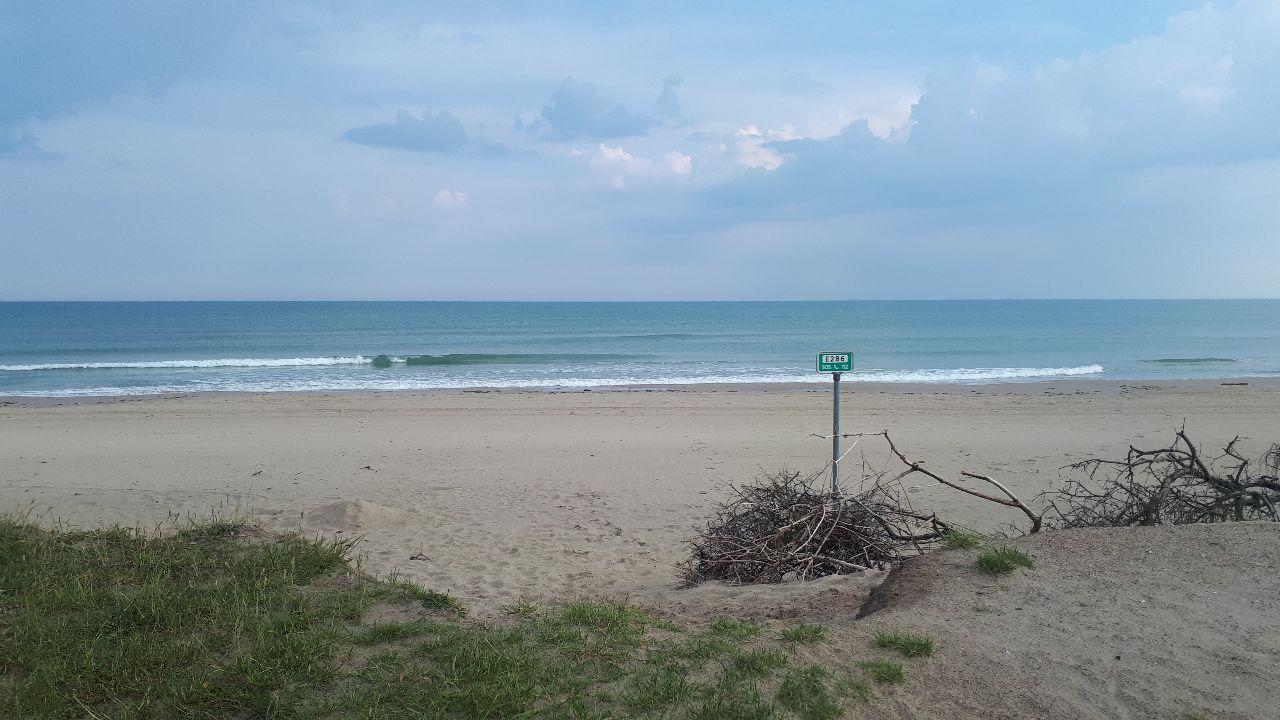 Turns out though that not all of the cycle paths are road or pavement, a lot of them have some pretty big gravel or dirt path sections, not great on a road bike when you're loaded down. 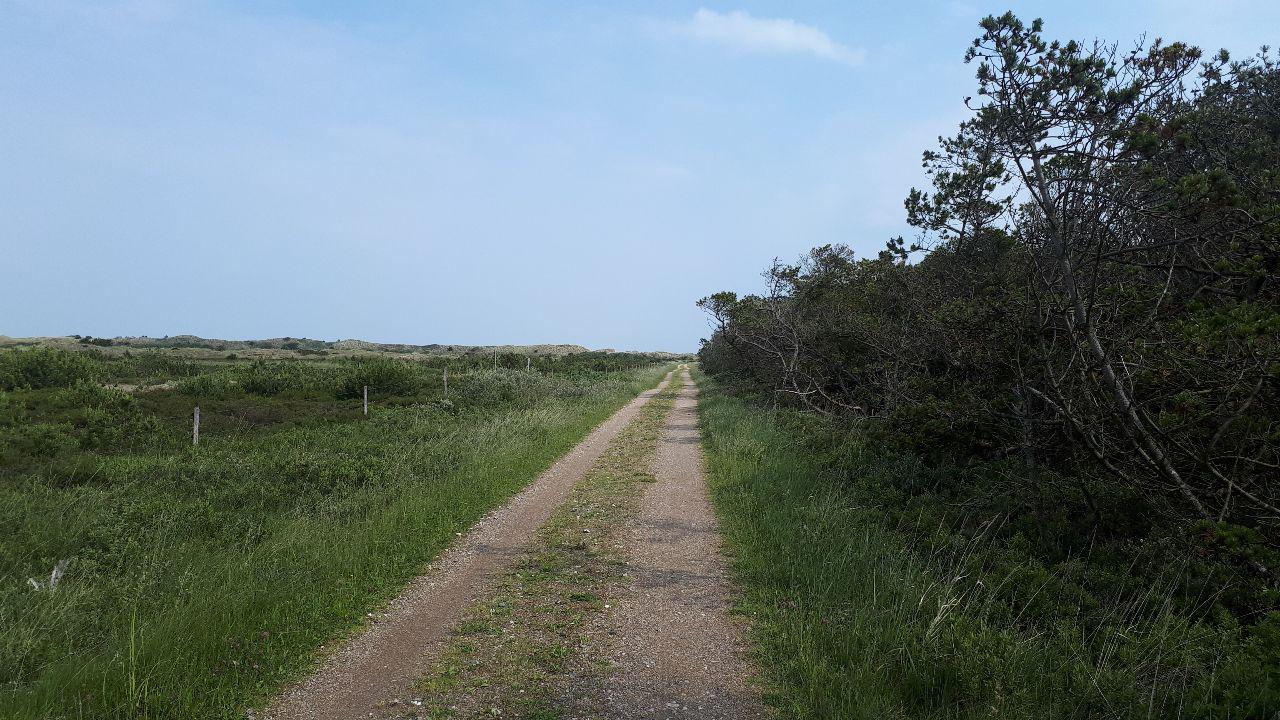 I got to Skagen on the Tuesday, it was a nice place, lots of cobble streets in the centre though but it had a really great view out to the sea. 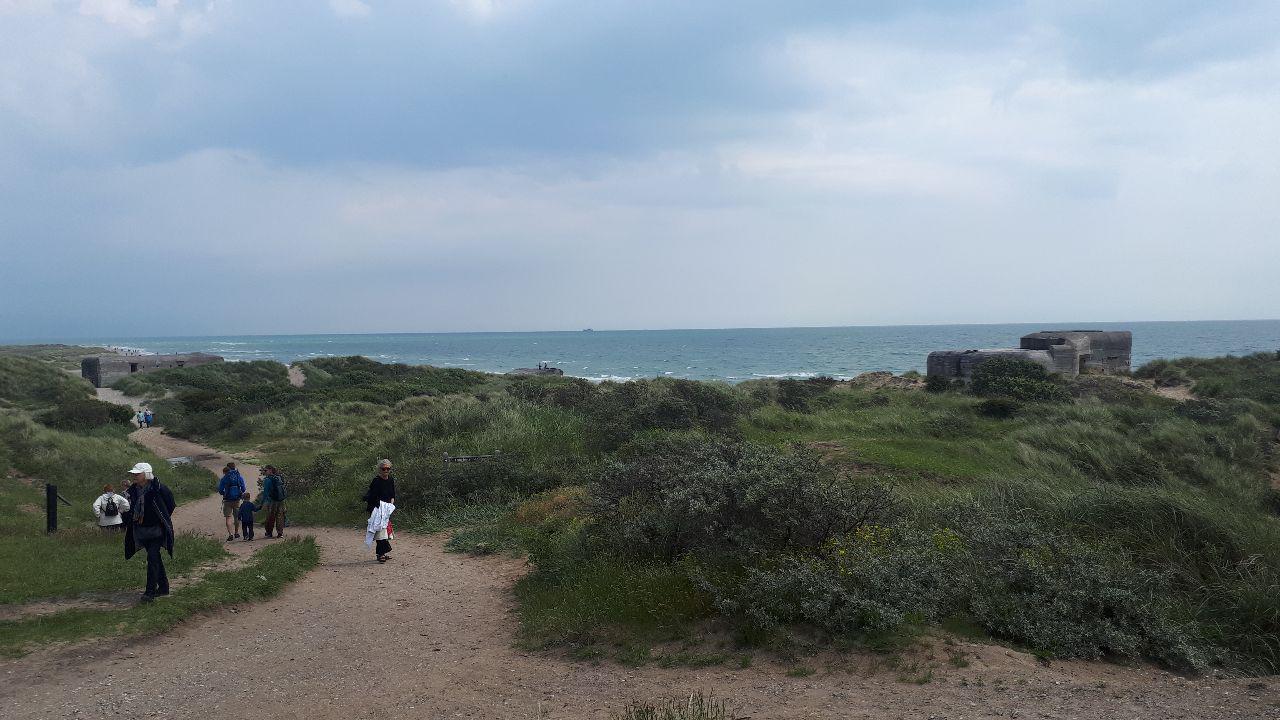 I left Skagen after an hour or so break and started heading South on my route to Copenhagen. I found another bike route that went along the east coast, all the way to the ferry I needed. Like with the other route though this one had some dodgy paths. 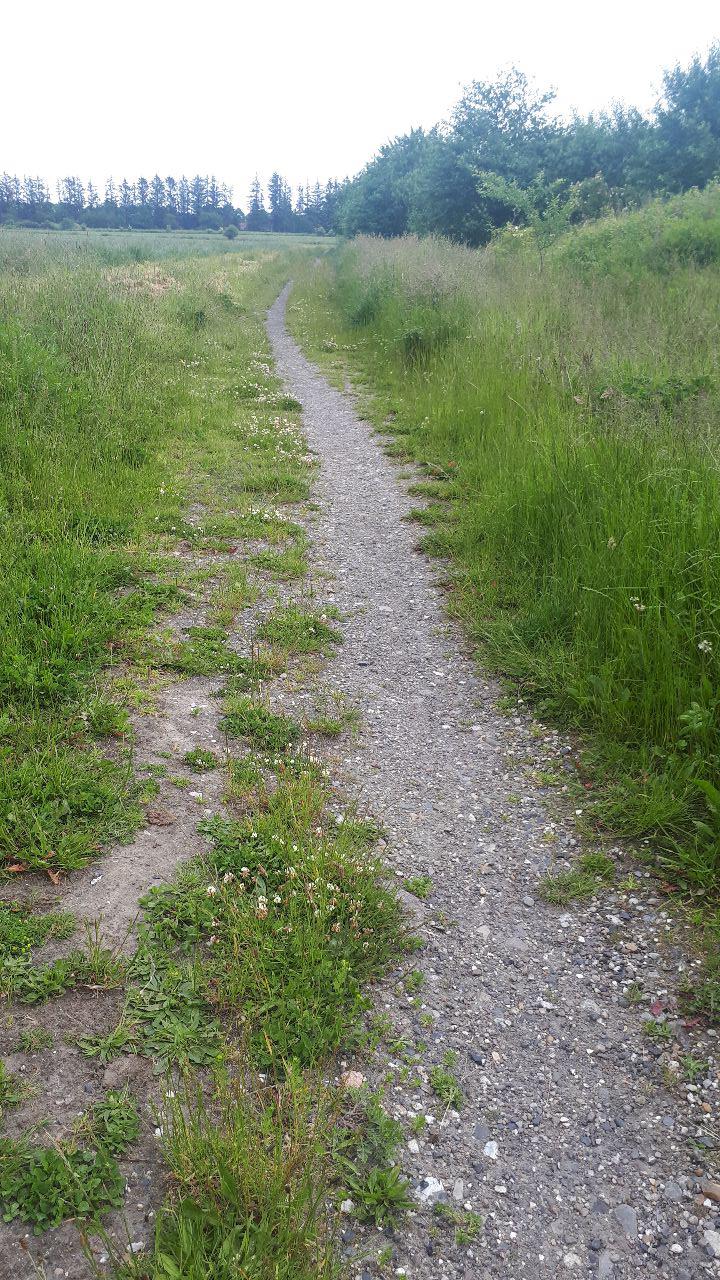 I ended up cycling 112km on that Tuesday which I was pretty happy with, and ended up doing the last 10km in a thunderstorm right before getting to my campsite. I camped out okay, it had stopped by the time I put my tent up and slept.

On Wednesday I kept going and did about 90km, it was alright cycling but again it had a few dodgy bits of path and rained a few times. I ended up finding a little free campground for the night which was nice.

Thursday I went through a town pretty early and stopped for lunch, right as about 30+ norweigan men went past me on a bike tour! They were all atleast 50 or older but looked like they were having fun. I think I'm starting to get the hang of how to pack everything now aswell. 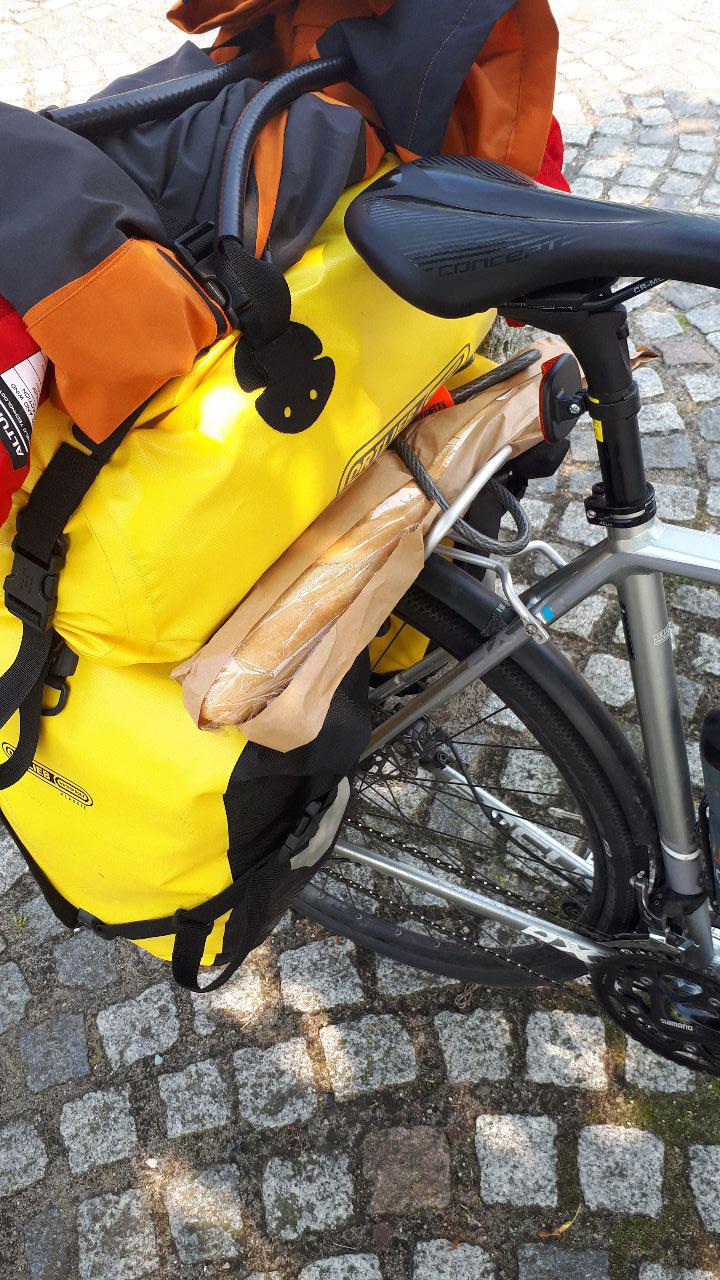 I only did about 70km on Thursday as I was pretty exhausted from the previous two days and had to cycle along bits like this. 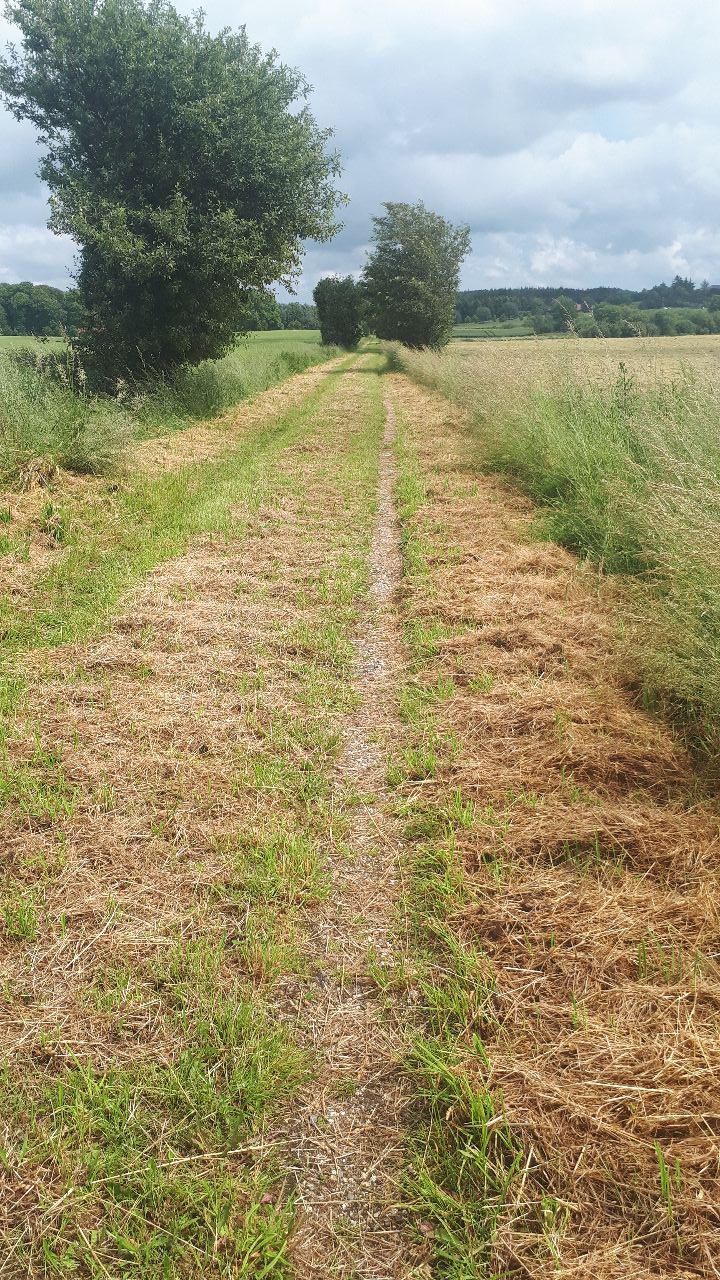 But that night I found what I thought was a campsite, was kind of a campsite but kind of part of a scout groups land. They wanted about £3 for me to stay the night so I cycled into town to get some money. When I came back no one had any change so I could camp for free! I put my inner tent inside some huts they had so I was nice and sheltered for the night. I had to use my panniers bags as support to hold the tent up though. 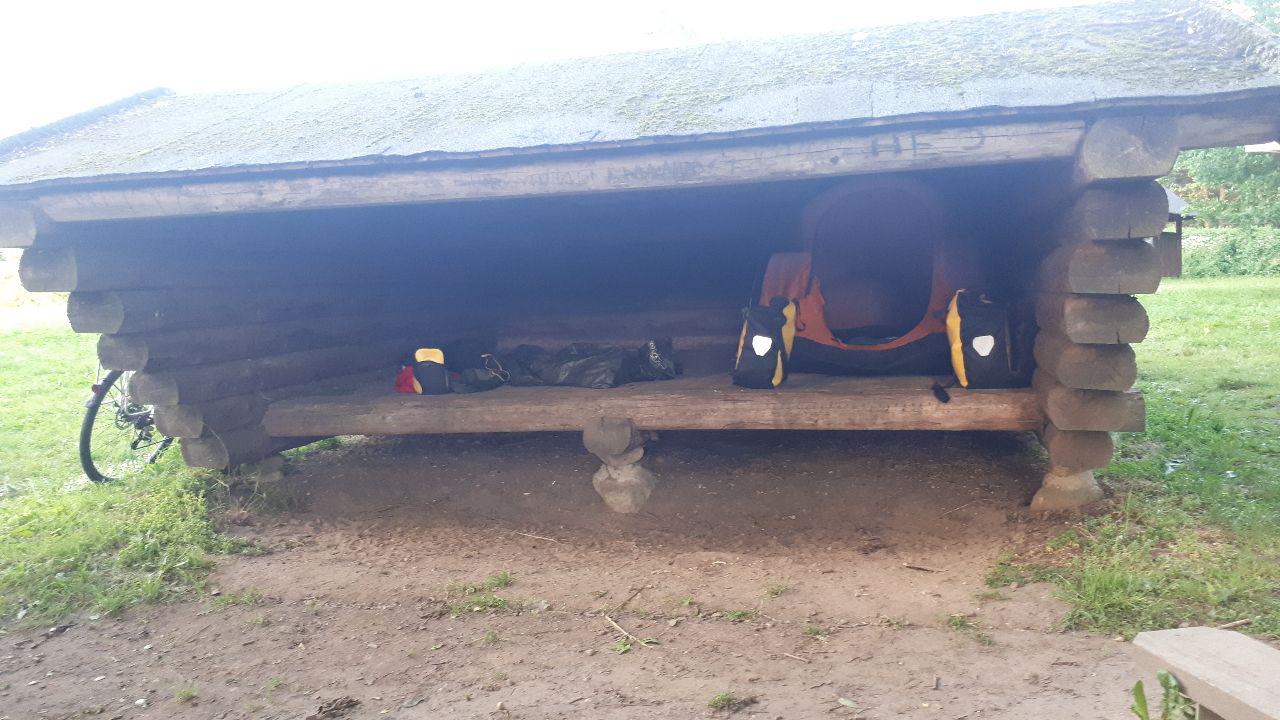 Friday was a bit of a disaster, I woke up early to get to the ferry at Aarhus to take me to the next next section to Copenhagen. I made the ferry alright and got off fine, I started cycling and quickly got dumped onto some gravel roads again, which I was pretty fed up of by this point. Then I got a puncture. My first puncture in 5 weeks. It didnt help my dislike of gravel roads atall.

So I swapped out the inner tube for a spare to save some time and headed out, I headed back to the road to avoid the gravel paths and got about 20 minutes down the road when another puncture struck. On a brand new inner tube.

By this point I had no spare and was in a tiny village in the middle of nowhere, so I asked some locals and found a bus to get to the nearest train station to get a train to the nearest city and therefore, bike shop. I got to Holbæk at about half 6 so all the bike shops were closed, and headed off in search of the campsite I'd seen online. It took me about an hour an a half to find because it was hidden in a bunch of trees, in the end i had to ask some locals where it was.

I was pretty grumpy at that point from having to cart around a bike and bags with a deflated wheel, luckily I'd got some cookies earlier and there was some outdoor party with live music at the school near by so that cheered me up a bit.

That brings us to today. I got up early and got to the bike shop at 10 as soon as it opened. I got a new inner tube and new tire (mine was bald and pretty broken) they even tightened up my brakes and gave it a mini service which was lovely.

Being grumpy the day before I'd decided to get the train to Copenhagen today, and even booked a hostel for 3 nights. The train was only about 45 minutes and 60km, and very full of bikes. 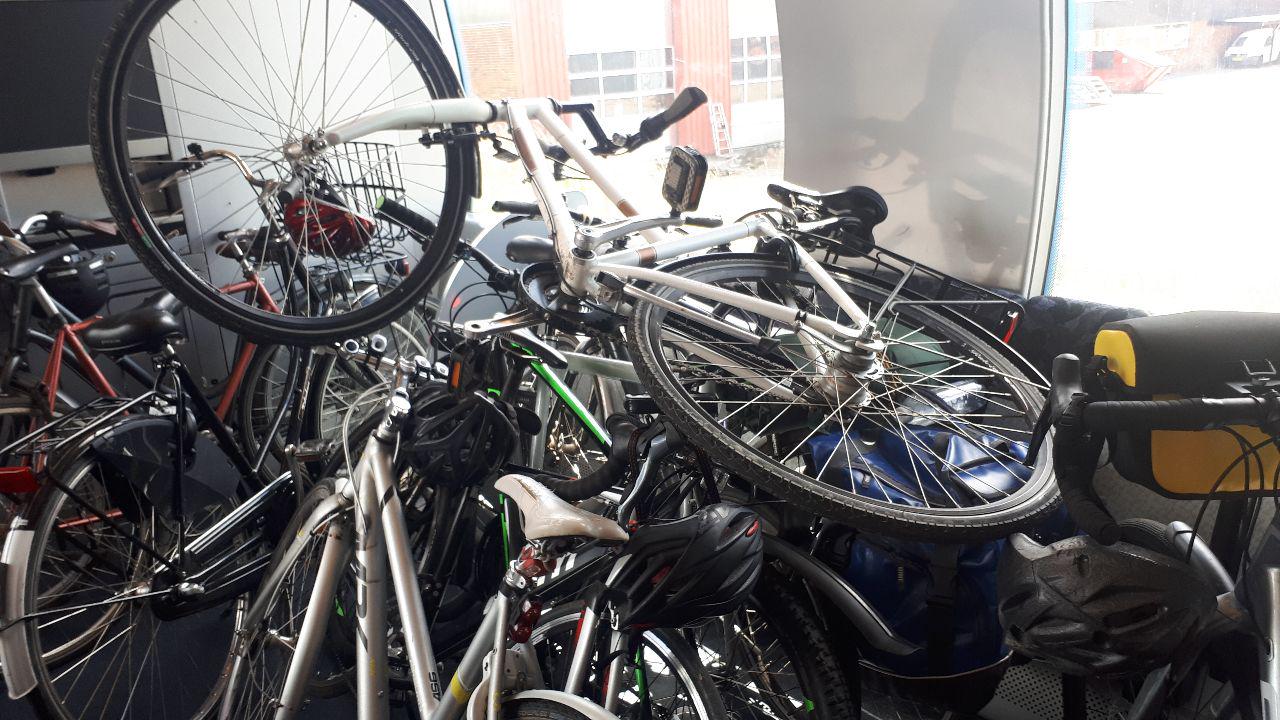 So I got to Copenhagen at about half 2, checked into the hostel and went exploring! It's a great city for cycling, lots of bike paths and routes and just a really lovely city in general loads of cafes and restaurants outside and tonnes to do and look at and see, I'm not sure 2 full days will be enough but I'll try.

I'll try and get back to the regular updates again, shouldn't be too difficult now I'm in a city with Wi-Fi and I'll attempt to be better when I leave on Tuesday.