Yesterday was quite a nice day, I woke up to some sunshine and a view I didn't realise was there due to the previous days sea mist. I got in a good 80km ride and then had a ferry where I met a nice German couple who recognised me from the previous ferry.

The view I'd missed the day before 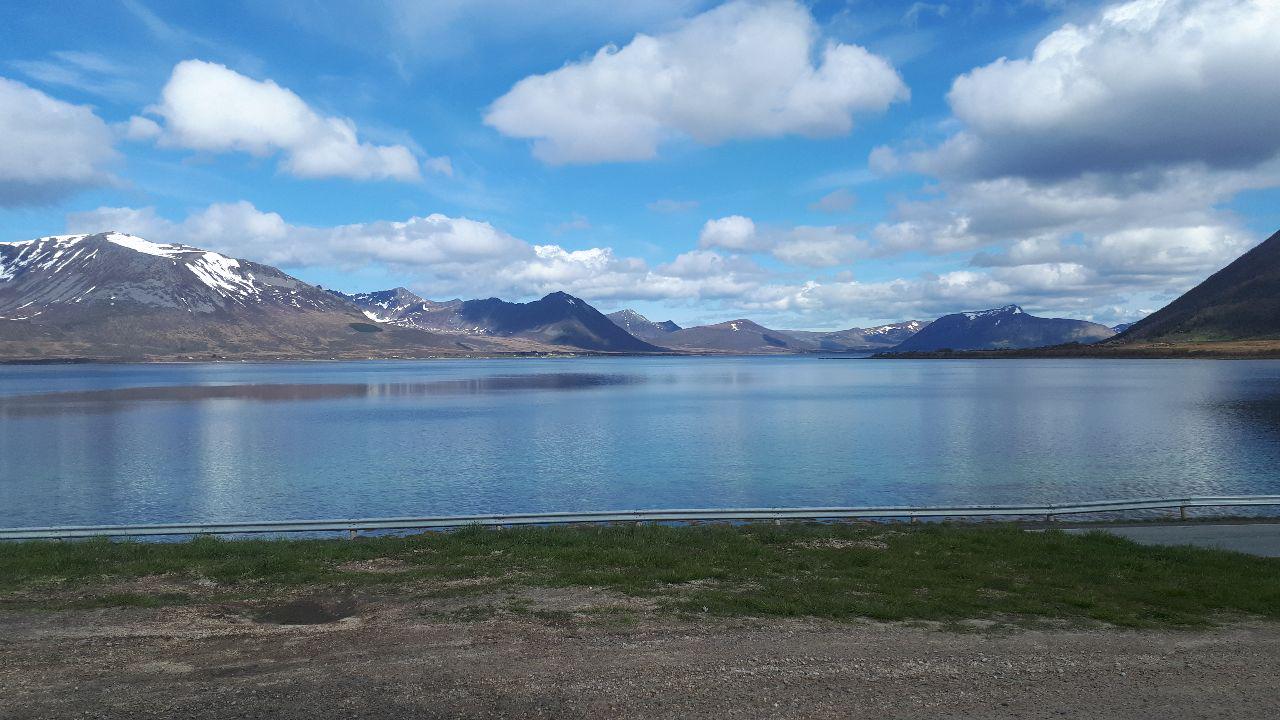 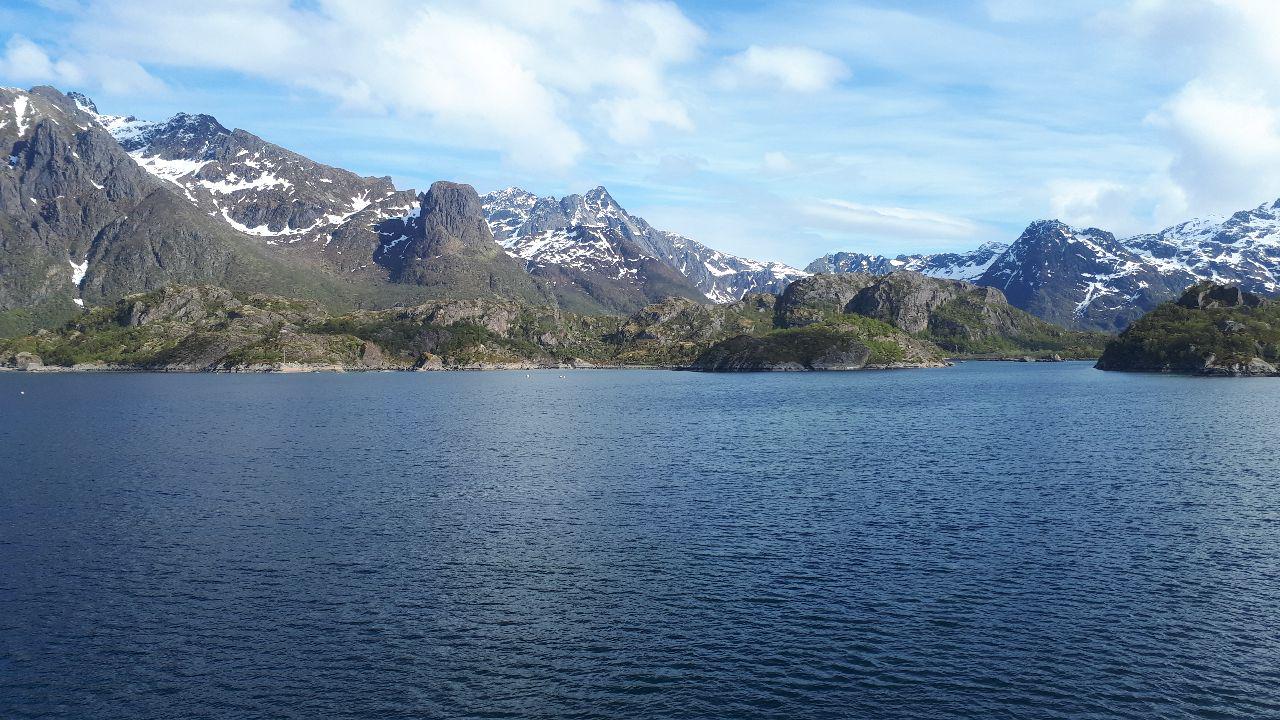 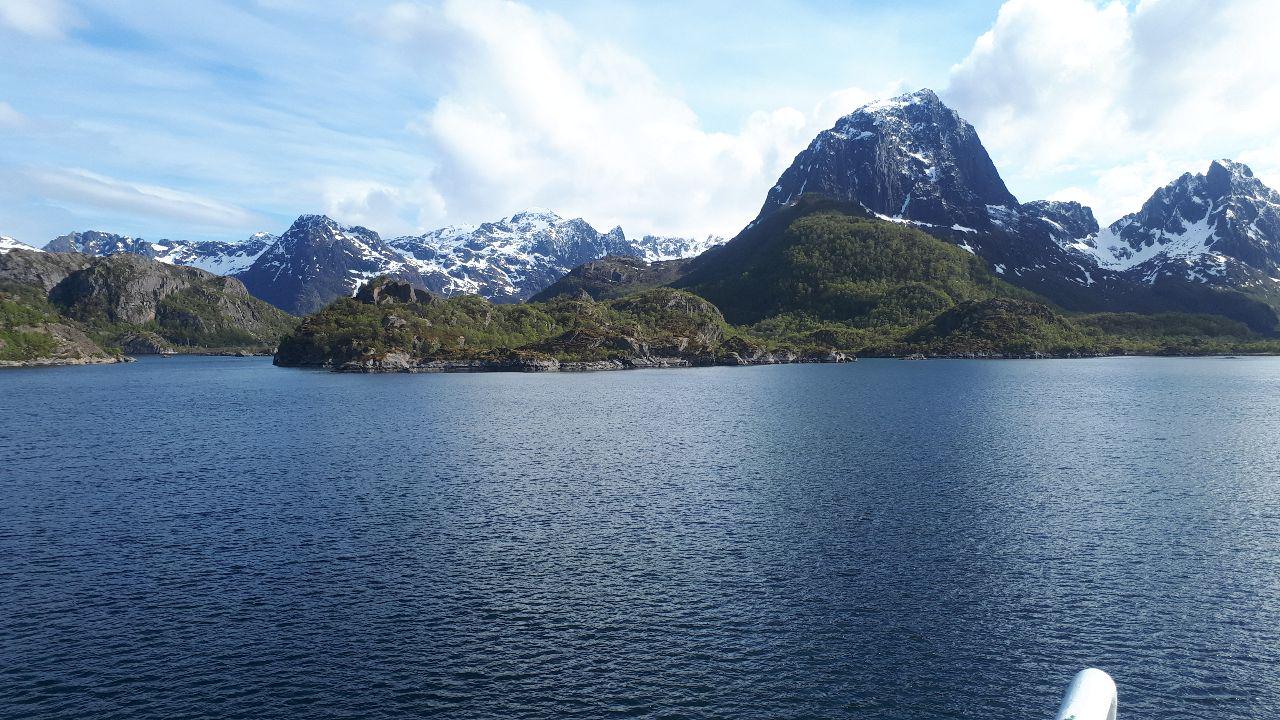 I got the Fiskebøl around 5ish and set up camp, then the rain started.

And it didn't stop raining. It rained all night and is still going now and the forecast is for it stop properly sometime next Thursday.

So the tent is soaked.

It's about 5-6 degrees, rainy and windy, and I'd need to stay in a room tonight (because of the soaked tent). So I thought I can't realistically cycle today, I'd probably freeze and it's not like I can see much anyway (all clouds and sea mist again).

So I'm on a coach on the way to Moskenes, im a bit annoyed I didn't get to cycle more of Lofoten but I don't have enough money or patience to sit in a hotel until Thursday waiting for the rain to stop.

I don't know if I've just been unlucky with the weather lately (since it was so nice before) or if this is just what it's like normally. But at any rate it's starting to feel like Norway doesn't want me cycling it.

^^^^^^^^^^ All of that was written on the coach, since then we had to swap coaches due to some issue with schedules. I got off the coach unloaded all my stuff and waited a bit to then be told there was no room on the replacement. The next coach was at 8. It would still take 3 hours and the ferry was at half 8.

So, I went to the tourist information found out there's an express boat from Svolvær (where I ended up) at 6am. I'm booked into a hotel and it's lovely to have a proper bed and a bathroom and even a balcony! (But it's still raining)