I did end up getting a flix bus to Hamburg! It was about 2.5 hours and it was so nice to just sit back and relax, I ended up getting to Hamburg around 3 and my hostel around 4. It's pretty nice, a bit far from the centre but it's surrounded by cafes and restaurants.

I slept 10.5 hours just straight through last night I think the heat and constant travelling make me super tired. And I'm ill with something, don't know if it was something I ate or if I have a bug or what.

Today was good though! I went down to the docks and went through a commuter tunnel under the Elbe river, it was built in 1911 and is still being used. And the best part? It was nice and cool.

I have ended up getting caught in the heatwave, it was about 29 degrees today, so pretty warm. I spent a lot of the time just wandering around, I went up the St.Nikolai church tower. The rest of the church got bombed in the war and they never rebuilt it, but now the top of the spire is a viewpoint around the city. 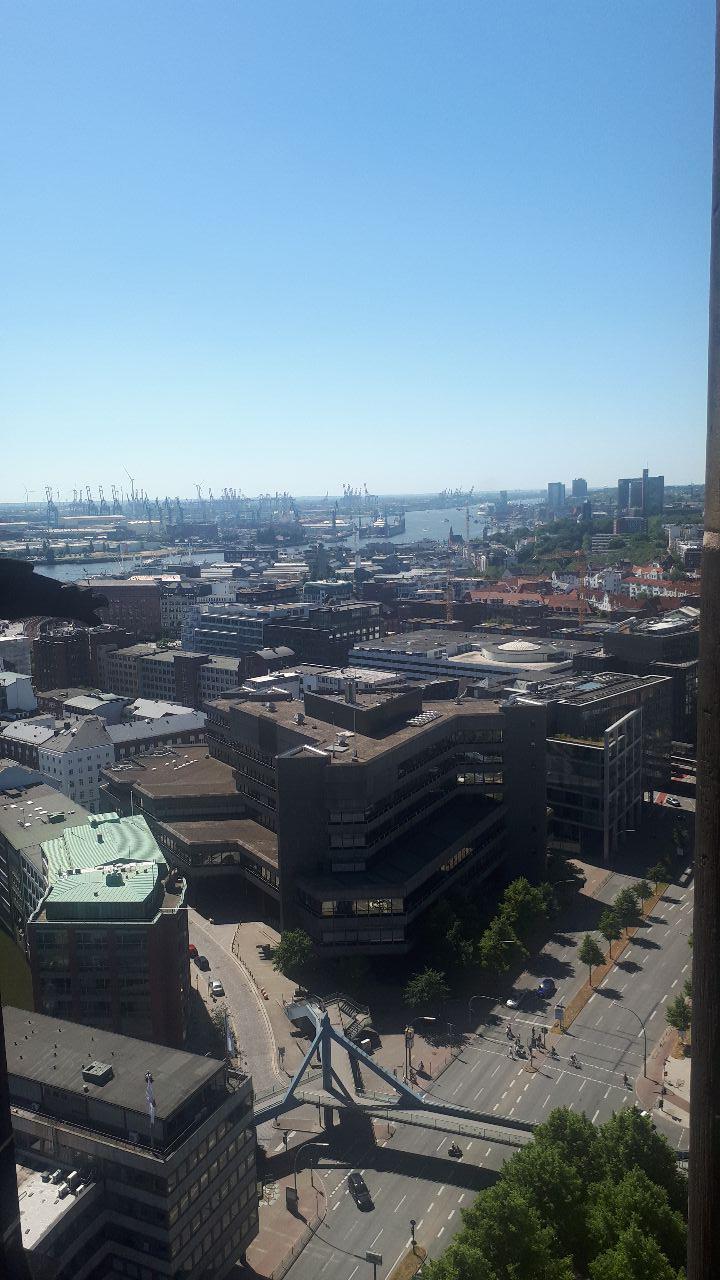 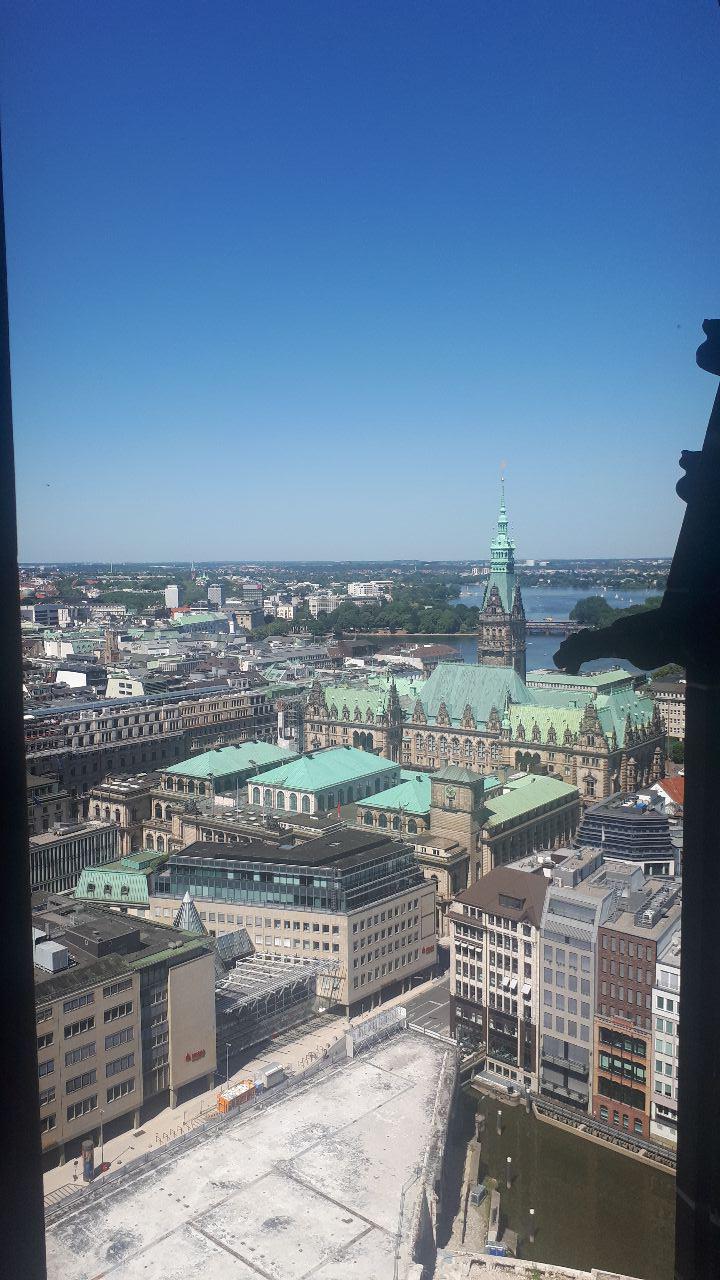 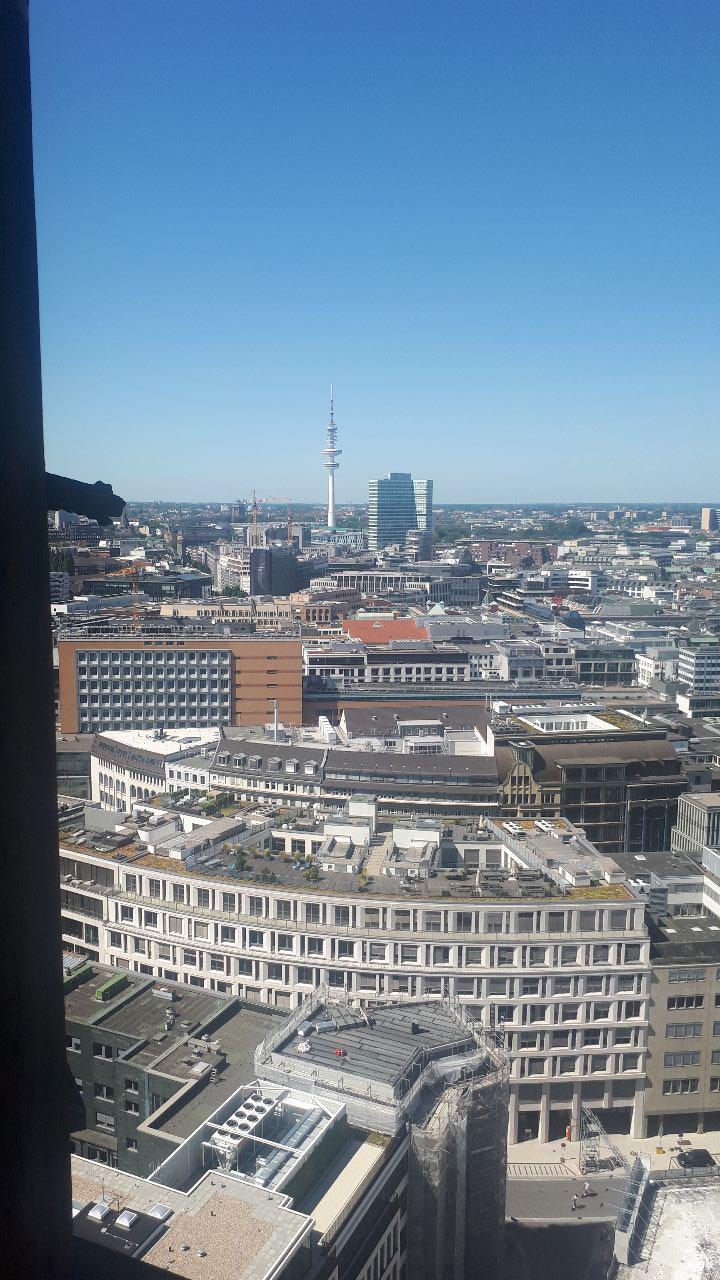 There was also a museum about the bombing in the old church crypt (again nice and cool), it was a pretty horrifying account of what actually happened here. The allies basically firebombed the entire city, but it was a good museum with a good message.

I don't know how easily you'll be able to read this. 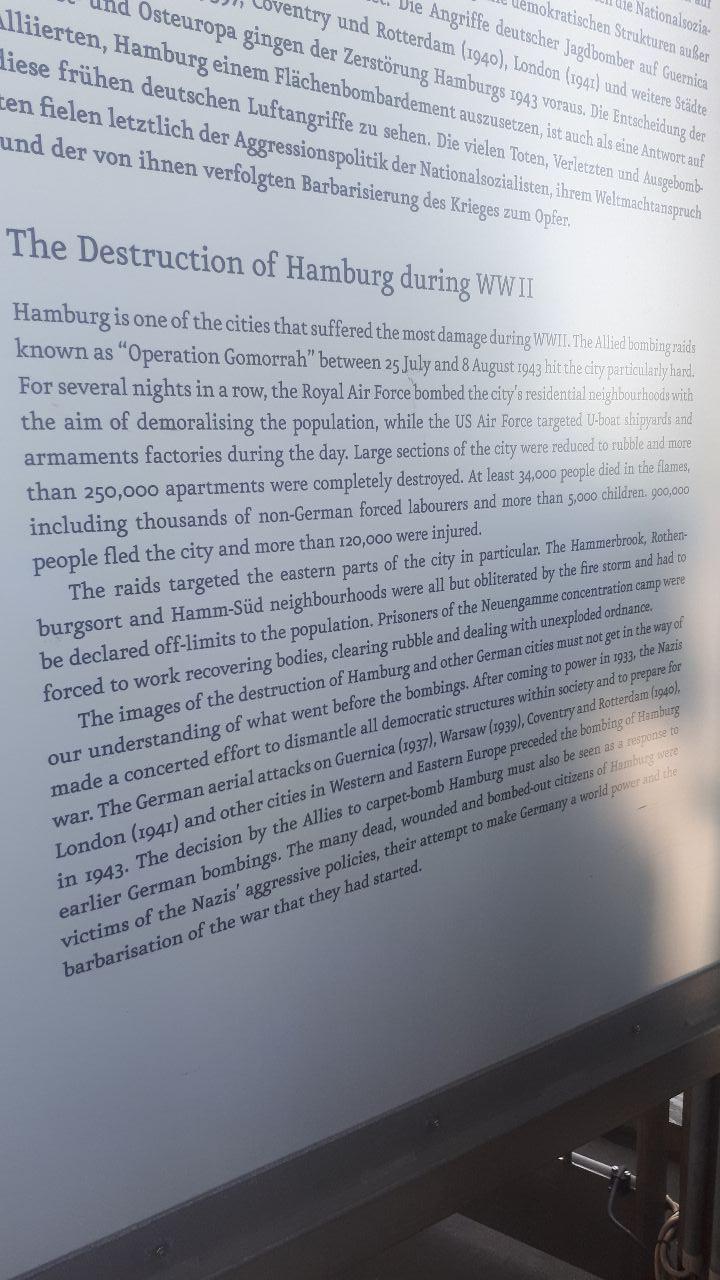 I'm back at the hostel now before I go out for some food, I need to try and book a room for tomorrow night aswell because it's getting up to 31 degrees so there's no way I'm cycling in that! So I should be in Hamburg another day to relax in a park in the shade or something.

I went shopping for some shorts today since mine keep falling down, I ended up getting a size 30 pair, the ones I took with me are 34. So I thinks it's safe to say I've lost a bit of weight whilst I've been away, just got to hope I can keep it off when I get back.