Well I've made it a couple more days of cycling, I'm about 190km out of Alta now by road but a lot less in real distance.

I had a couple of good days of riding with some nice tailwind and plenty of sun.

Today I had a big climb of 400m (it was big to me) it was completely snowy at the top and really cold but so far the best one to come down the other side of. 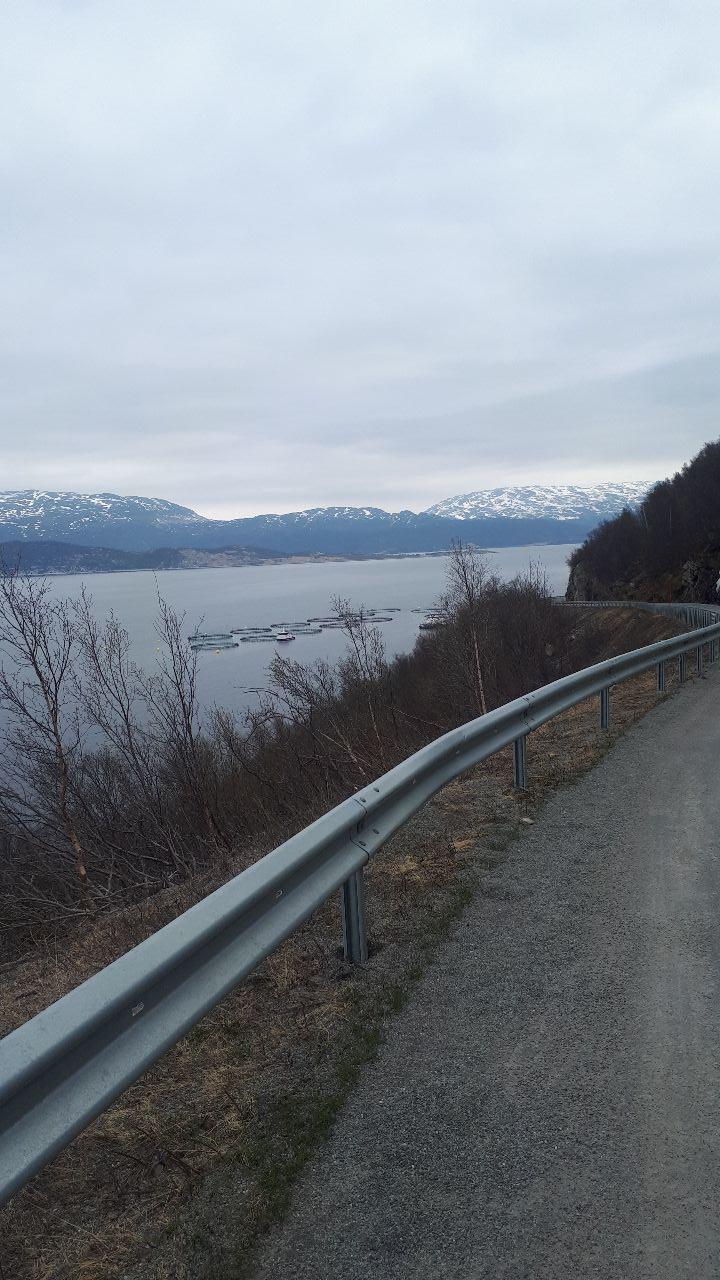 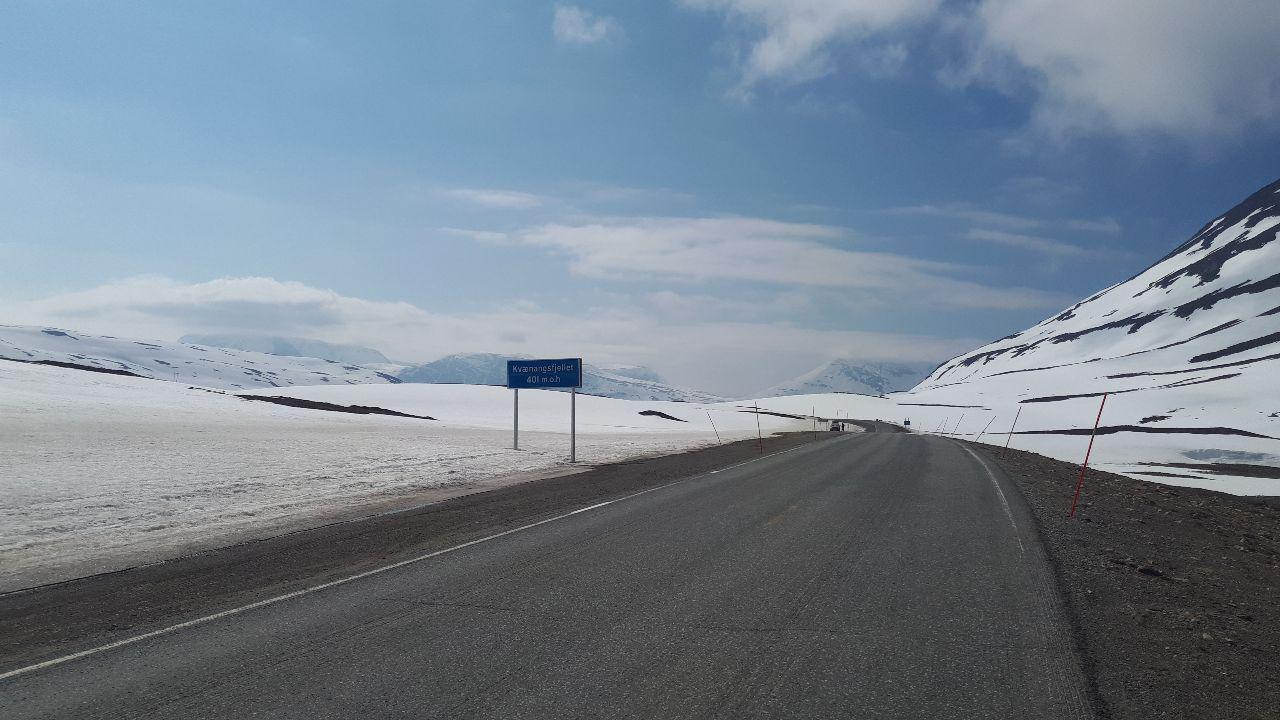 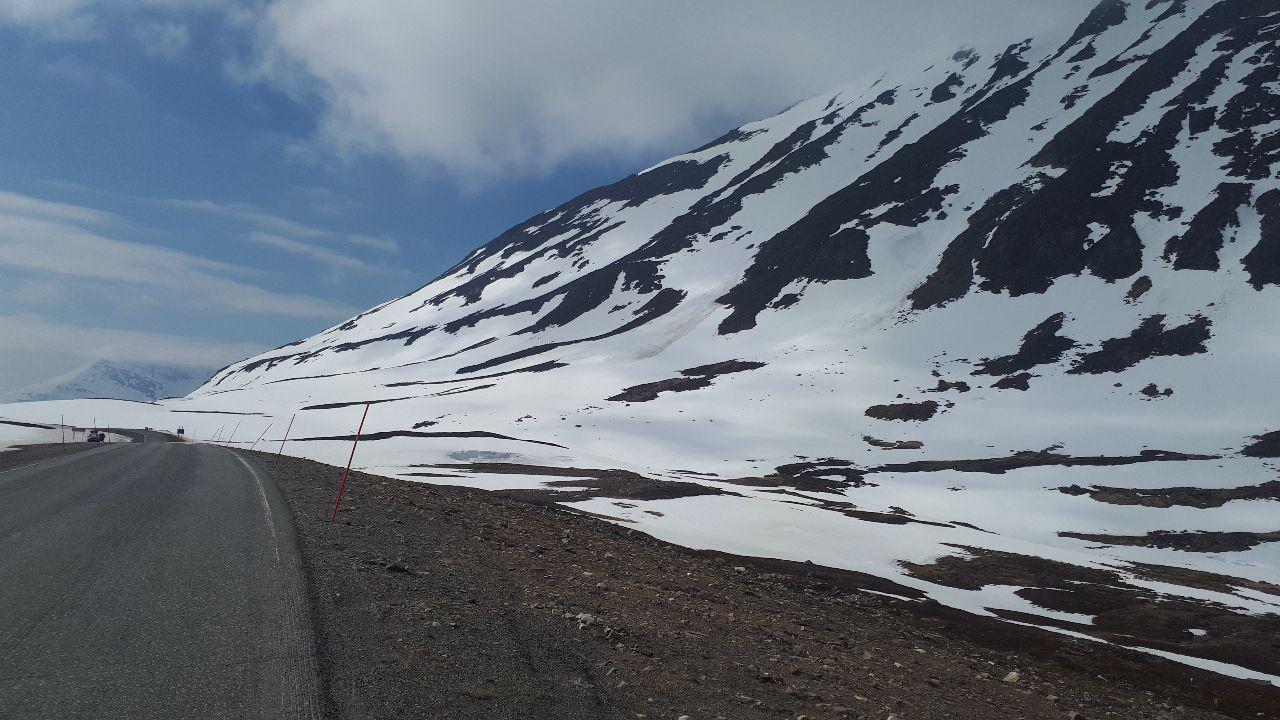 After that I was on my way to a town near the ferry I have to catch tomorrow to get to Tromsø. I got to Storslett and carried on only to find the road Google thought I could take was a tunnel closed to cyclists. So I started another hill, 230m this time, right as I got to the top I noticed some snow on the road, I could go round it but hoped there wasn't more. As I got over the top I looked down and saw a road completely covered. Now way through. 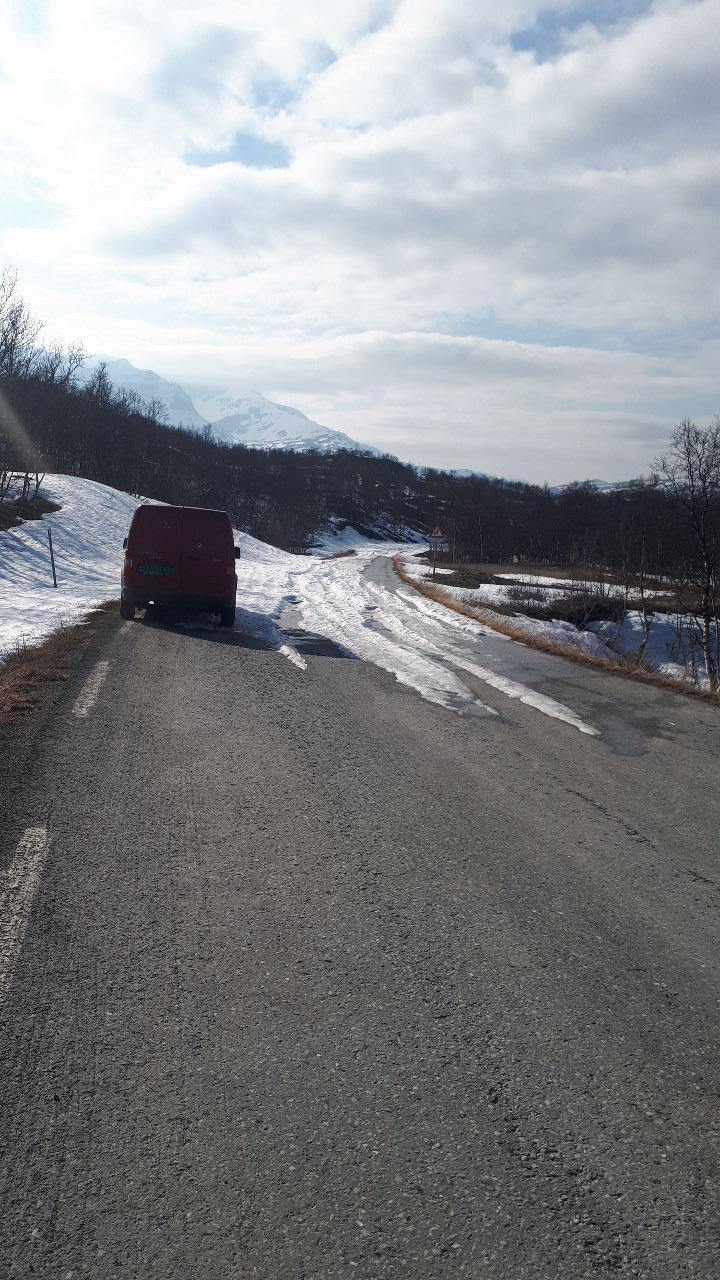 So now here I am again in Storslett hoping a bus will let me on with my bike so I can get through to the ferry. I might even be a bit lazy and get the bus straight to Tromsø as it doesn't cut out too much cycling. For now I'm just camped near a road eager to get the bus to carry on in the morning!

As first nights in the wilderness of north Norway go last night was terrible. I got up the mountains at around 6pm, shivering and tired I decided I'd stop for the night, have some food and some sleep.

Basically I was pretty sick, I don't know what caused it, the travelling, the exercise or the food. Whatever it was it was pretty grim, also turns out when you're surrounded by snow and it's minus degrees outside it's very cold. So a combination of the sickness and cold meant I barely slept. 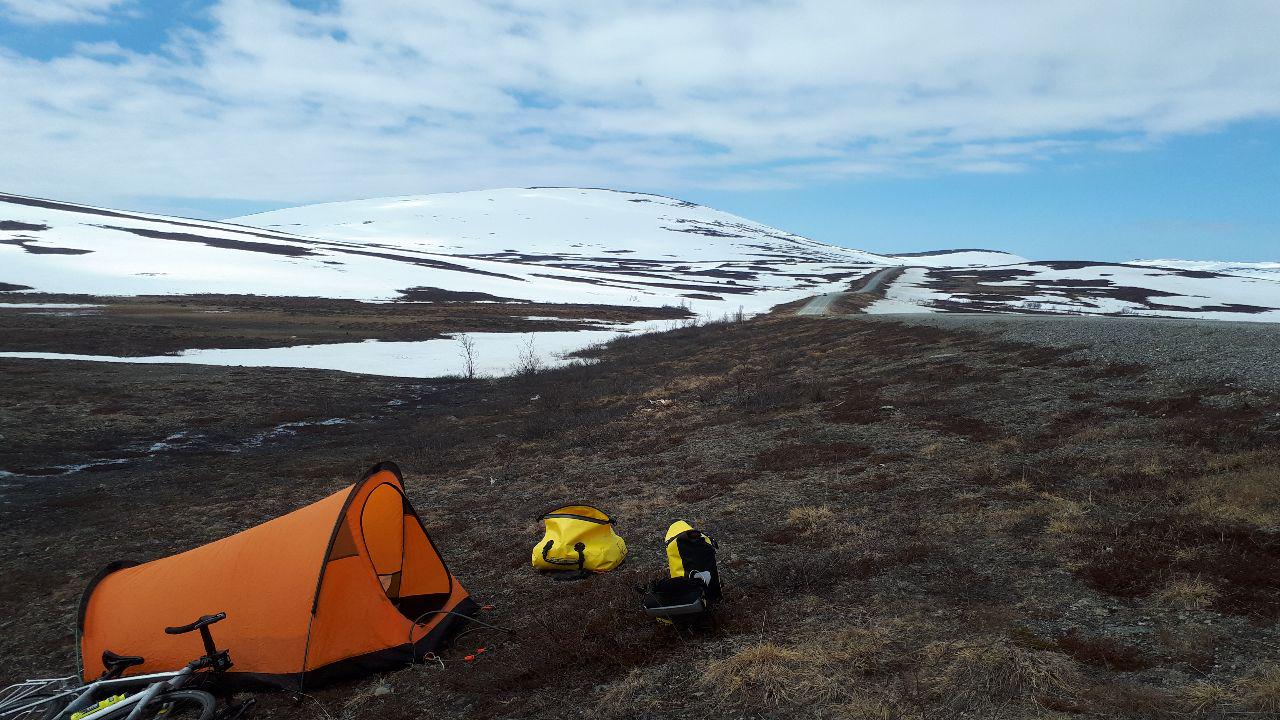 In the morning I had a choice, keep heading north (where it gets colder) and get to Nordkapp just as the weather gets worse, or head back to Alta and go south on the rest of the journey.

I decided on the south, I packed up and headed back to Alta and then on to Talvik, I've just got here and set up my camp for the night. 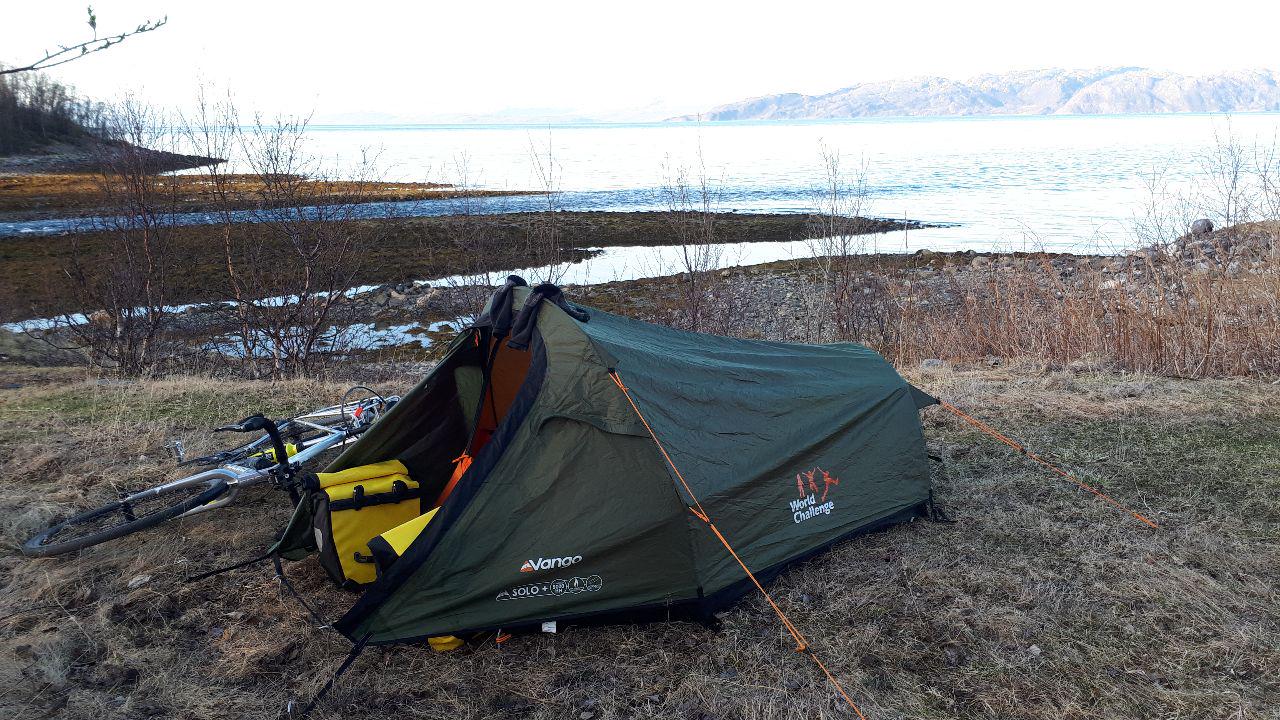 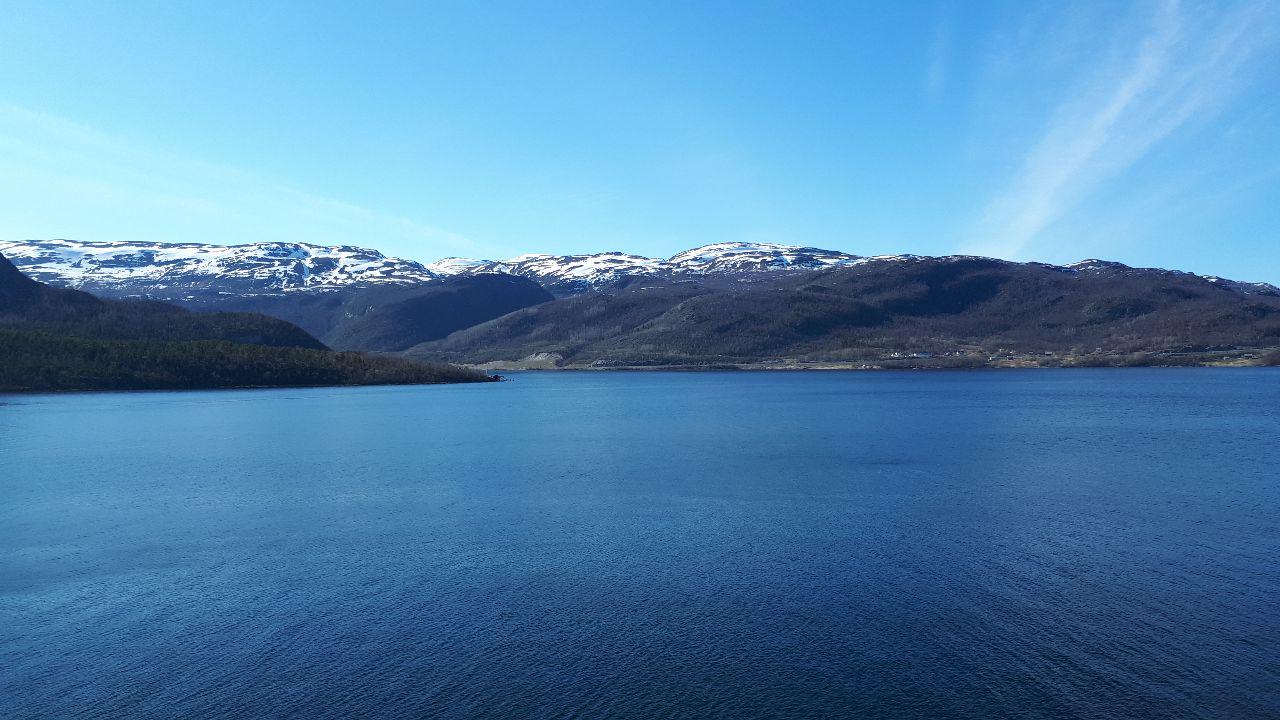 It's safe to say it's a lot easier going and I'm a lot happier now and I don't regret not getting to Norkapp!

I just arrived in Alta last night at about 11pm (we left Sheffield at 6am), the last flight was a bit bumpy but took less time than it was meant to.

I got to the airbnb abd feel straight asleep. This morning I got up, put my bike back together, had some breakfast and then headed into town to get some gas and some food. Turns out Norway is as expensive as everyone says, so I got some instant noodles and soups.

Im sat out by the water about 10km out from Alta at the moment, the bike seems okay and the road seems alright, the drivers are very cycle friendly.

My plan is to get about 40-60km or so done today and then ramp up from that.

I've talked to a few of the locals (who all talk to me first in Norsk) and they've all said it can snow on Nordkapp anytime and the road was closed twice last May, but it's sunny and about 10 degrees at the moment so it should be alright.

I'll try and add some photos when I next get Wi-Fi but currently everything is going well! 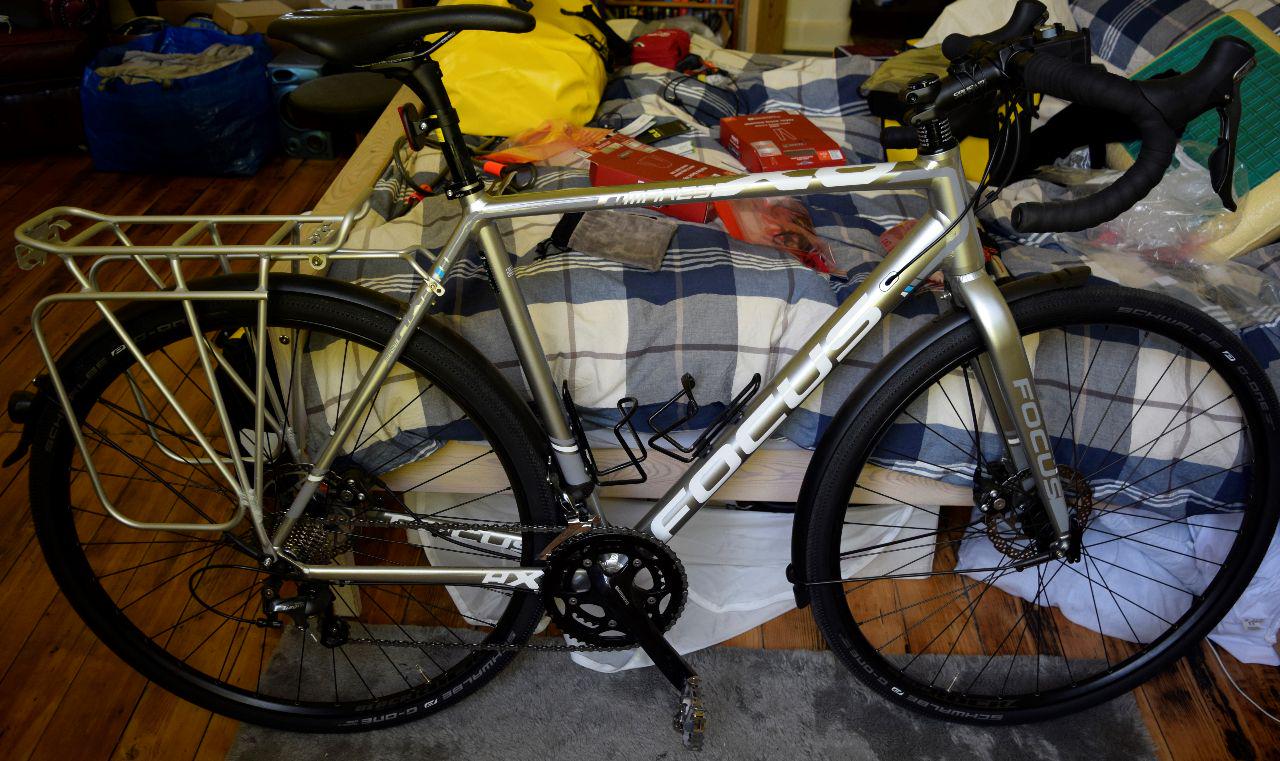 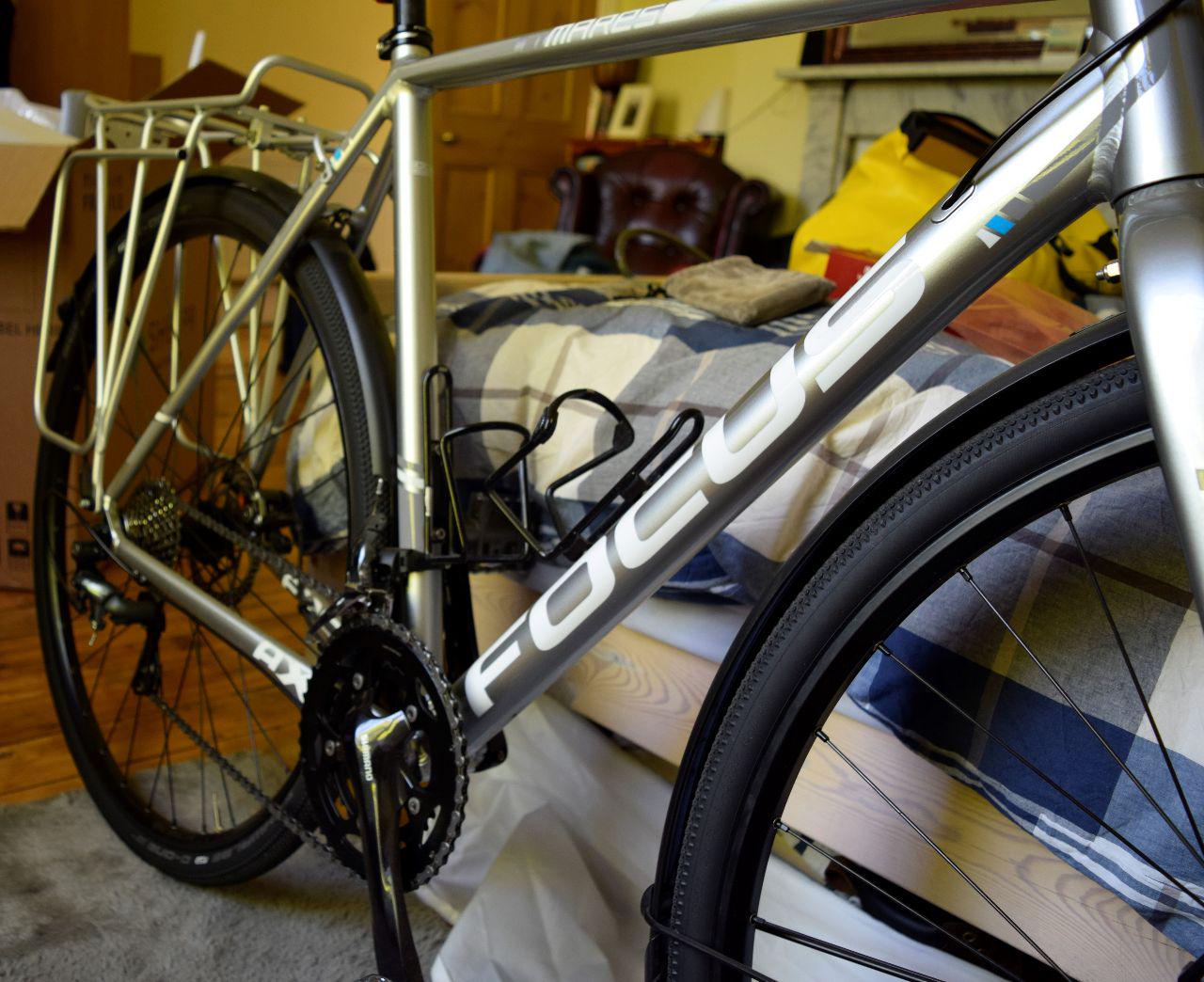 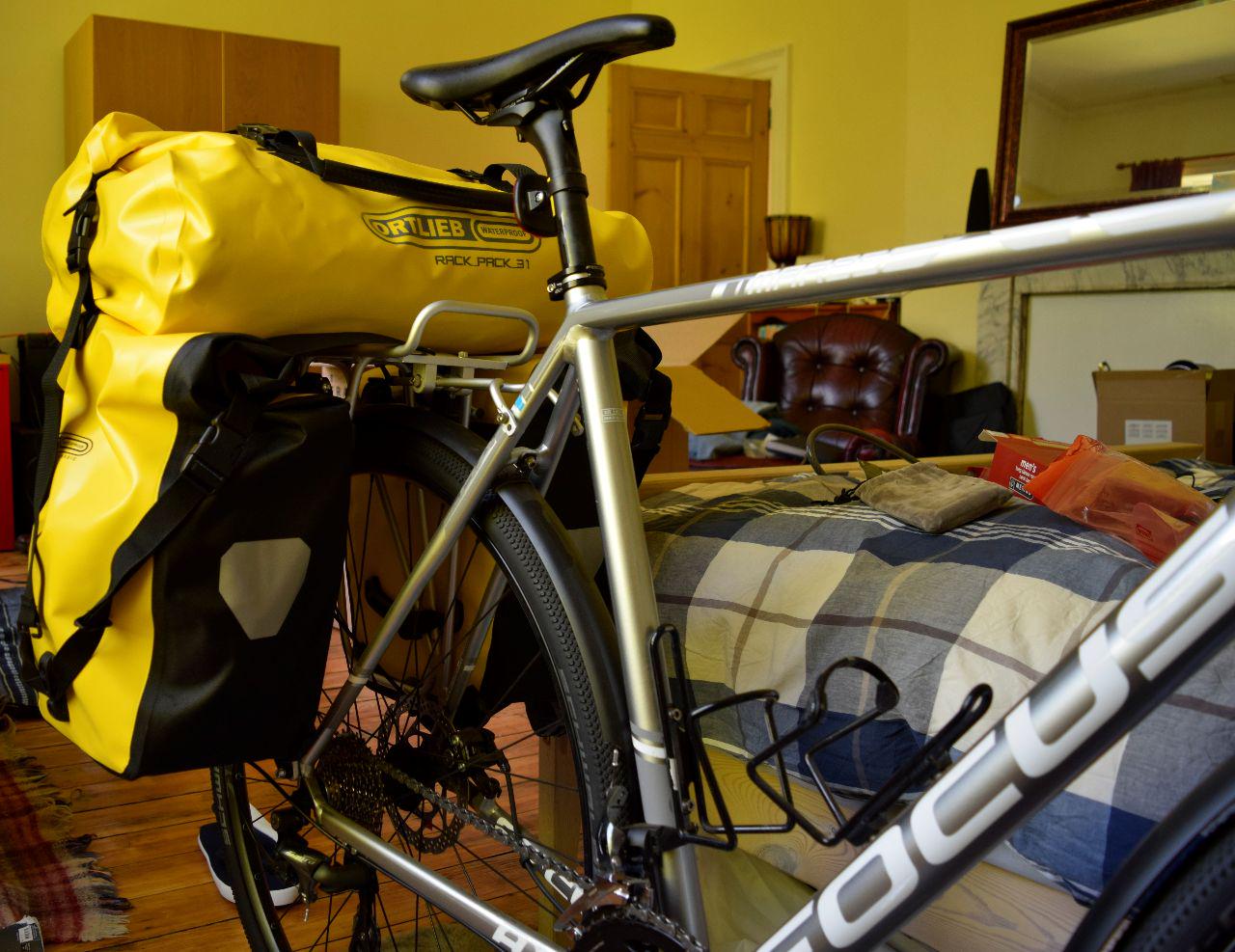 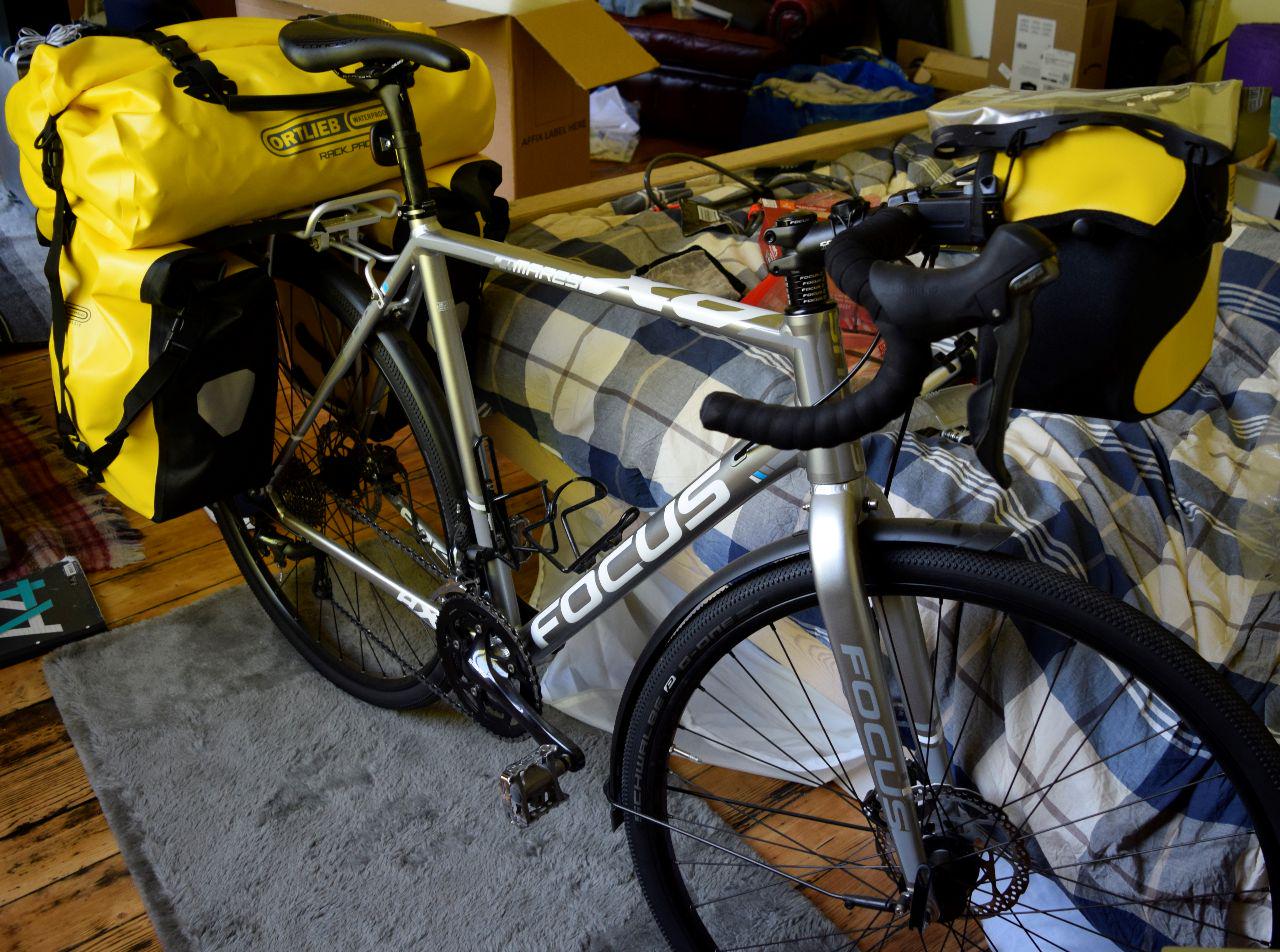 Ortlieb ultimate six classic bar bag with map case, ortlieb back-roller classic rear panniers and an ortlieb rack pack to go across them. All in bright yellow of course. 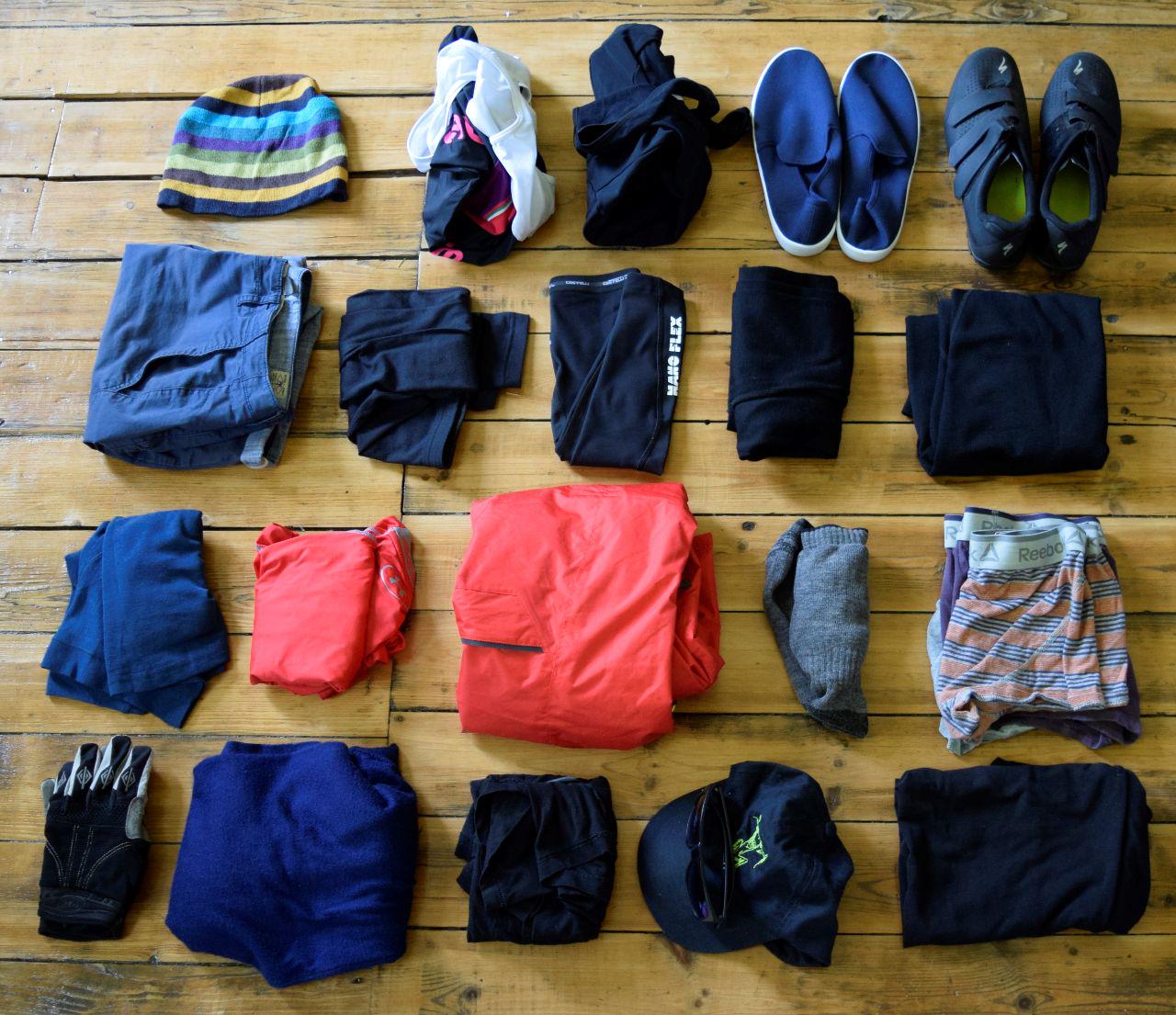 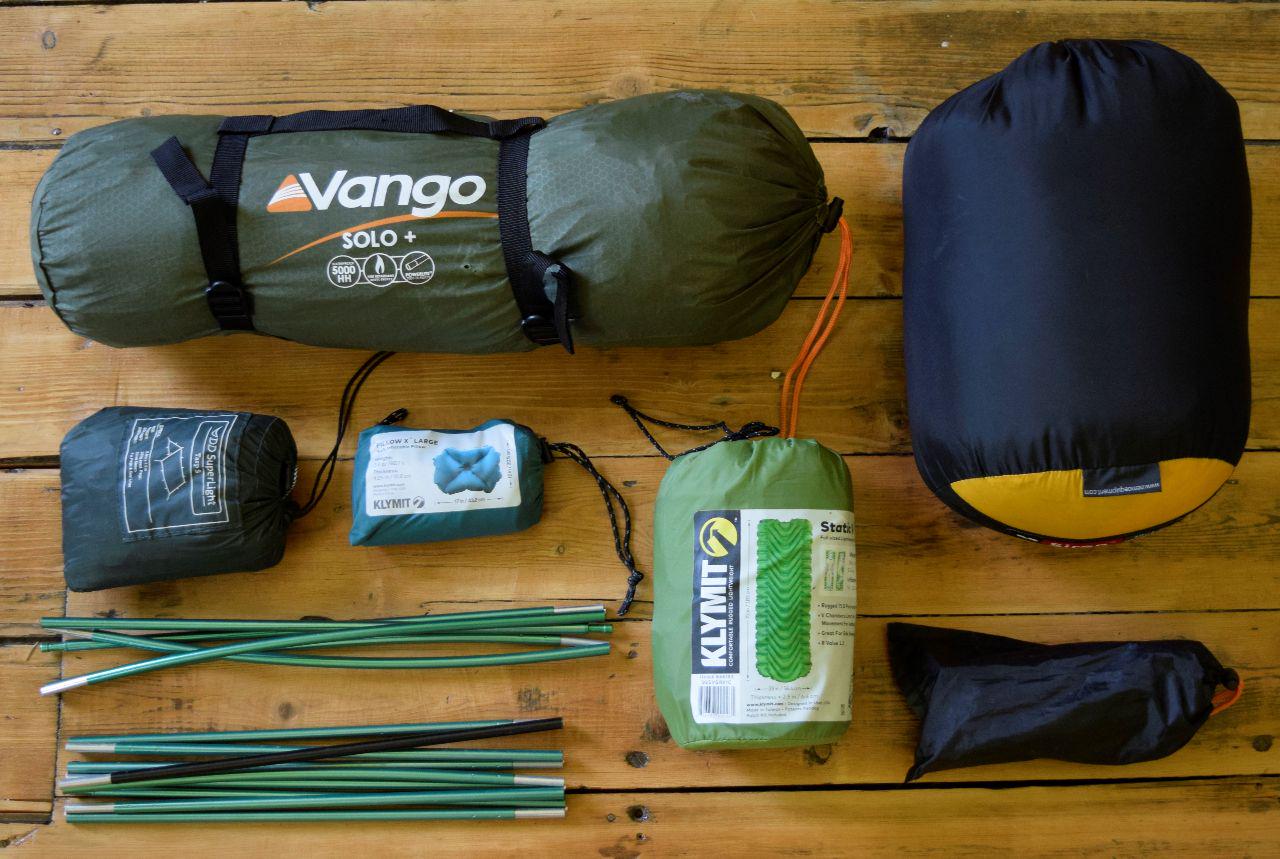 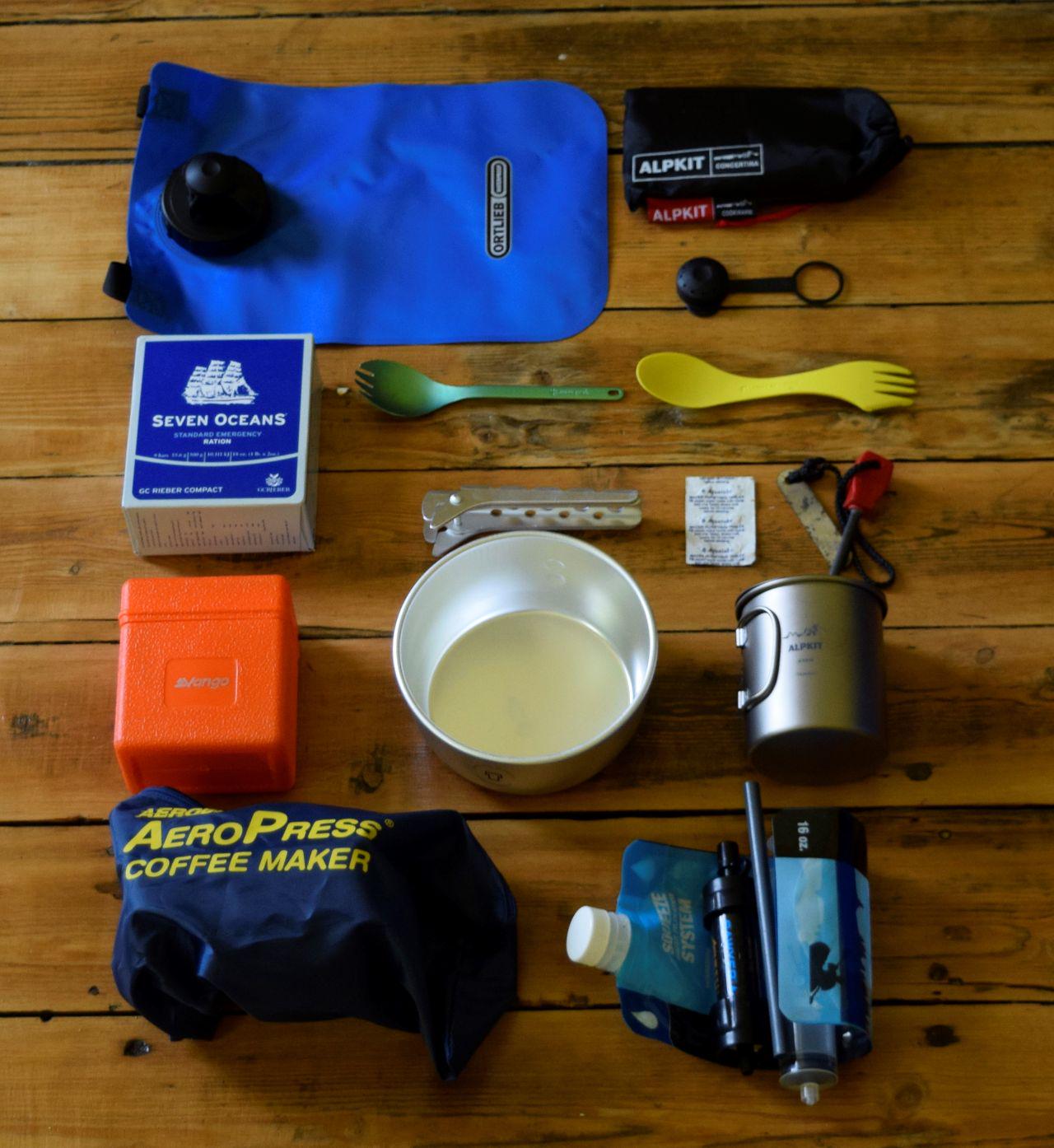 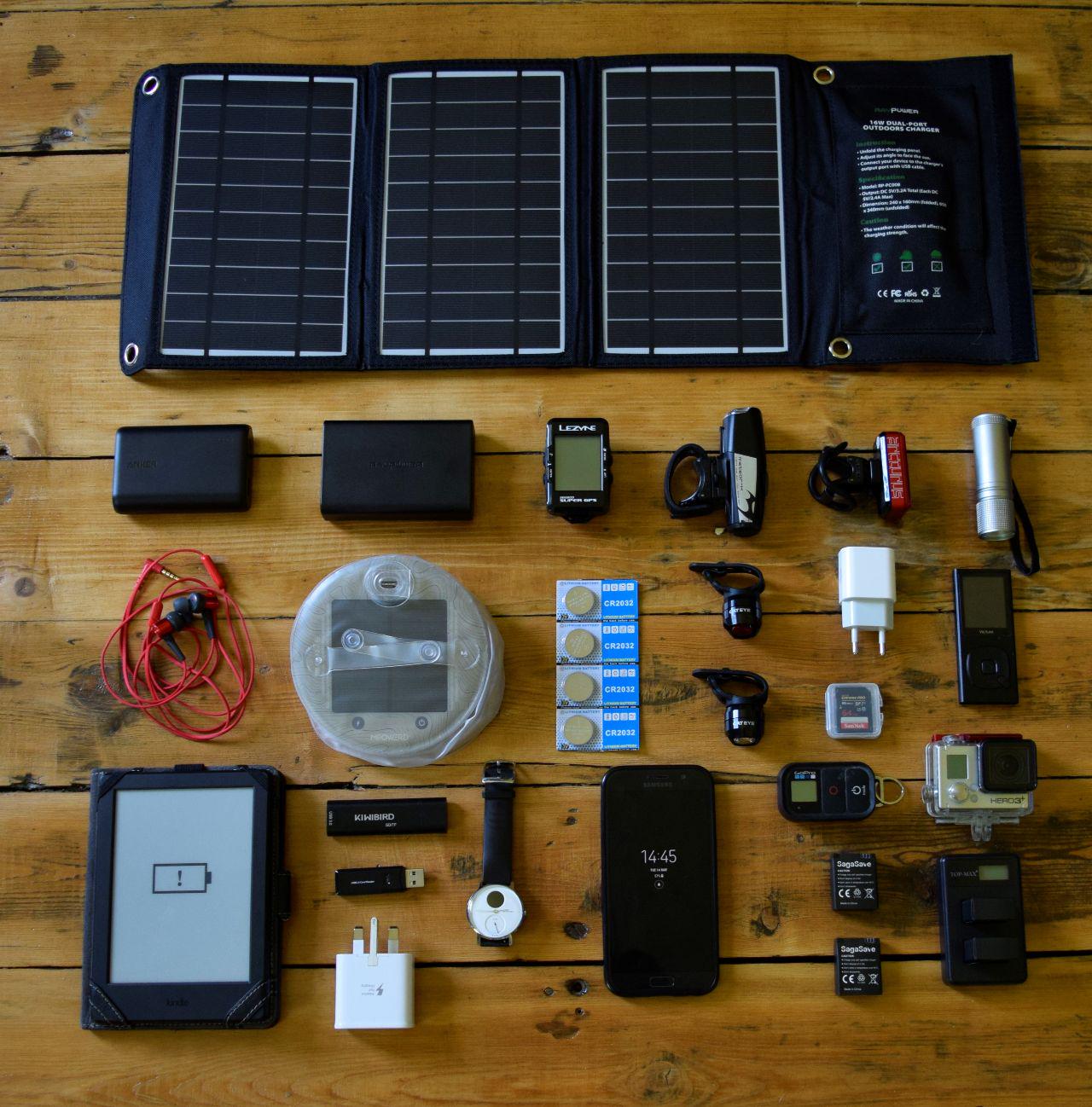 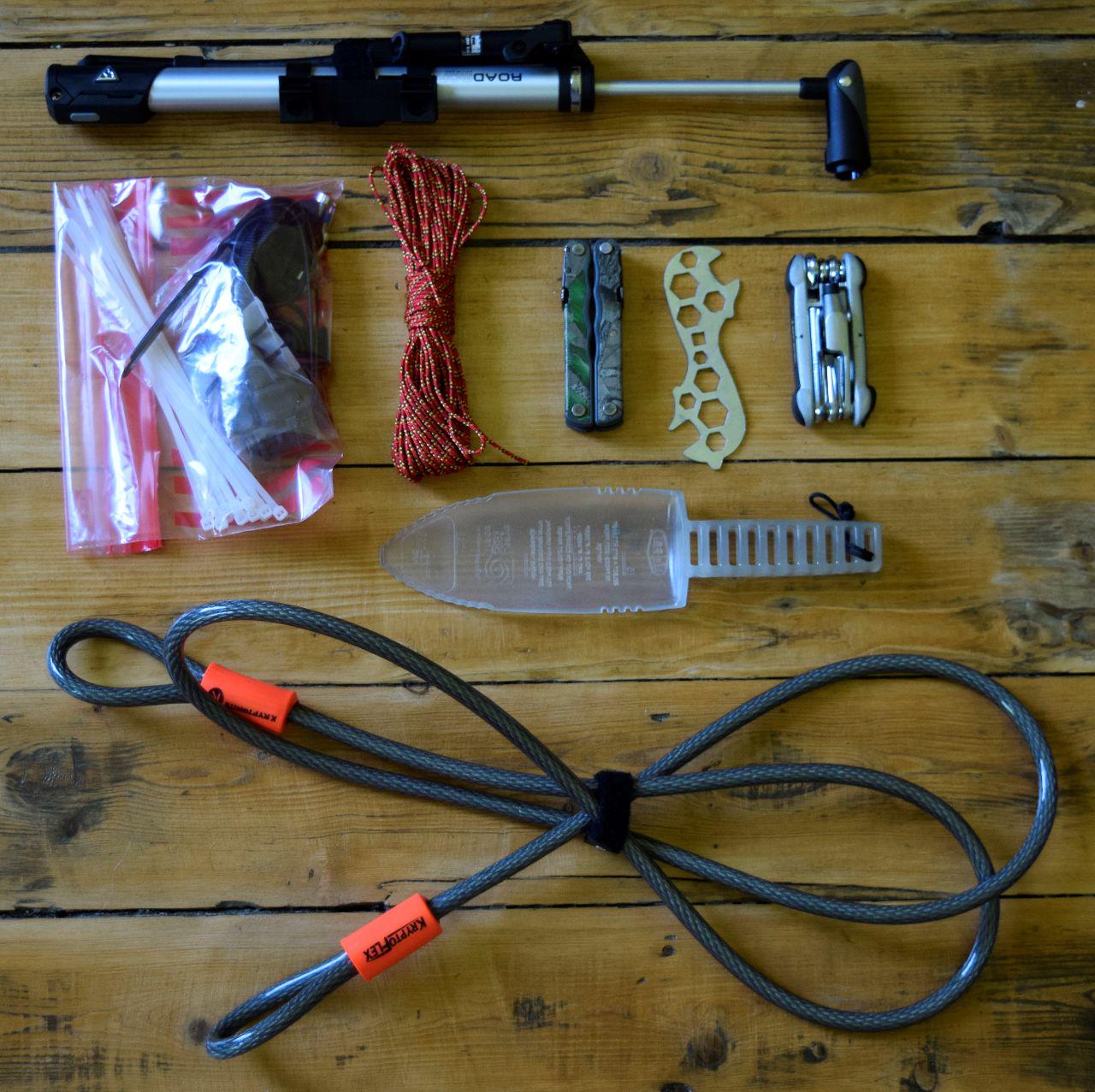 Its getting scarily close to my departure dates, I'm only in Southampton for another 4 days. I moved out most of my stuff on Sunday so I'm living out of a suitcase and in a sleeping bag until Monday. I still need to properly clean my room as I wont be coming back to this flat before the tenancy ends.

I've been saying some good byes and having some farewell meals for the last week, I should have been revising for my exam on Monday but thought burgers and beer sounded nicer. I still need to get a couple of bits for the trip, I'm starting to think that I'll never actually be ready even if I postponed it for a month or so, instead I just need to get out there and get cycling.

I've been going to the gym a lot more in the past few weeks so hopefully the training makes the first week or so easier. I even think I have a basic route planned to get to Amsterdam and then Hull if I make it to Bergen and have lots of time. Its about another 3000km, so about 6000km total but still should be doable!

By the next update I should be back in Sheffield and packing everything I'll try and post a picture of the bike weighed down in all its glory and then of me getting on a flight!

First night in the tent

I spent a night out in the garden on the 18th as a test. turns out even at 6°C overnight it was still cold. I woke up at about 5:30 to the sounds of wildlife and sirens, and the first thing I did was buy some long thermal pajamas.

The tent was good and didn't get too wet in the morning which is good, and it was big enough to have all of my bags in there with me. The pillow and sleeping mat were alright I think I'll just have to get used to them more. the main issue was the quilt but now I know my mat is meant to go inside it I should hopefully be okay next time.

I restarted learning some Norwegian after giving up about a month or so ago, I can just about tell people that I'm a man and I speak Engelsk (English) so hopefully in a months time I'll be a lot better.

Now I just have to start stockpiling music, podcasts (so I don't go too crazy) and some good books, I'm thinking of trying to read the Harry Potter series in Norsk which should take me a while!

Just have to focus on getting through the next month of deadlines and moving house and not daydream about the trip too much.

I've got my bike and the majority of my equipment, I've been buying camping gear for the past month and excitedly waiting for it to all arrive, I've even packed my bike and all of my bags to check it all fits and isn't too heavy. and most importantly. I've booked my flight. I leave England from Manchester on the 17th of May, there's no backing out now. 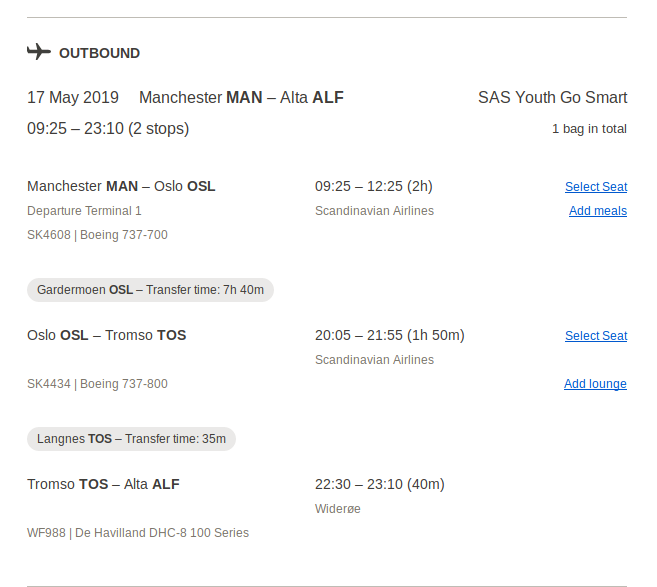 I just hope they can fit my bike in.

I haven't got a plan for when I get to Alta yet all I know is it will be about 0°C and maybe too late to get a hotel but luckily the sun wont set for the first month or so I'm there so there's no worry of setting up a tent in the dark.